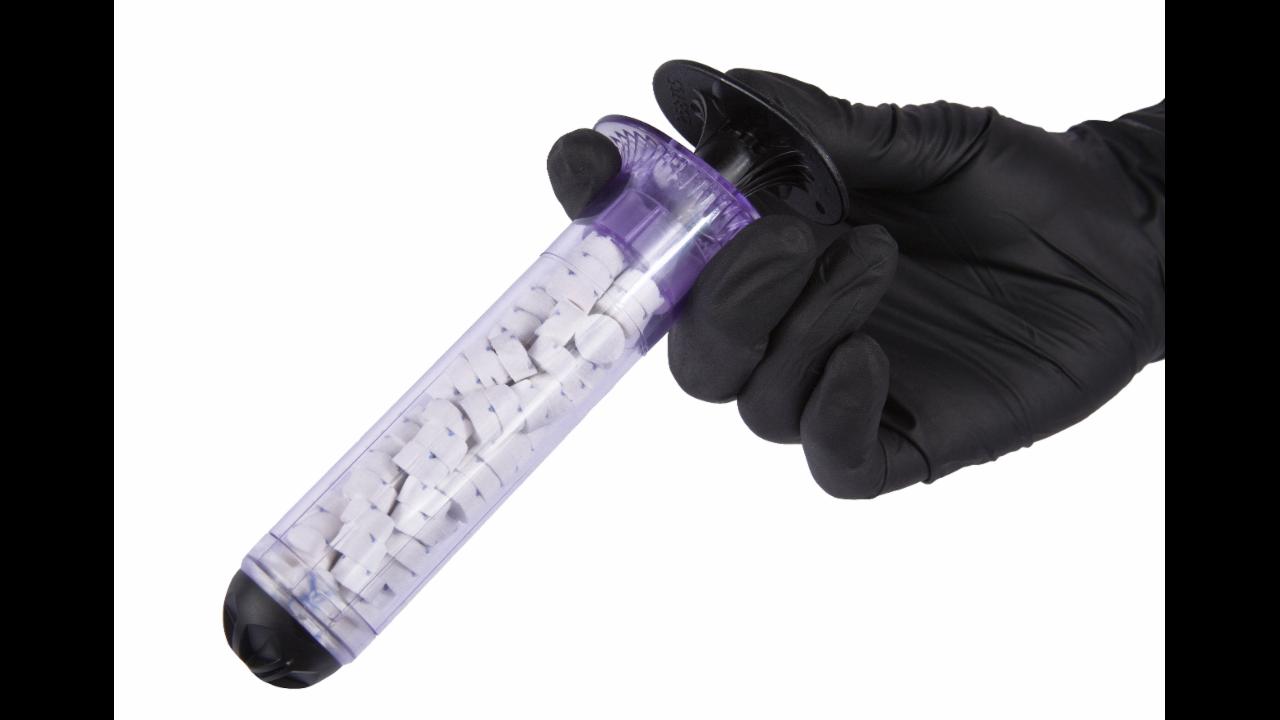 A new device designed to stop a gunshot victim's bleeding in a matter of seconds might've just saved its first life on the battlefield.

RevMedx, the makers of XStat, say the hemostatic device was recently used on a U.S. soldier to stop bleeding in his left leg from a gunshot wound. A company press release said it's the "first documented clinical use of the product since its release."

Digital Trends, citing military reports, writes, "Throughout the course of the roughly 7-hour surgery, multiple attempts at using bone wax and cautery on the bleeding sites were unsuccessful and the patient received multiple units of blood and plasma."

It reportedly wasn't until using the XStat device that medics were able to stop the bleeding.

The XStat is relatively new in the medical field. It received FDA approval for use in the battlefield in April 2014. It wasn't until December 2015 that it got FDA approval for civilian use.

"What XStat does is it expands in the wound and compresses outward so it makes sure it gets all the potential sites of bleeding in the wound, and it works within seconds. Because it's compressing the wound, the medic doesn't have to," RevMedx CEO Andrew Barofsky told CNN.

Normally, a wound can take several minutes to properly pack in order to stop bleeding. The XStat claims to help stop bleeding in roughly 20 seconds.