The drinks vying to be the next coconut water 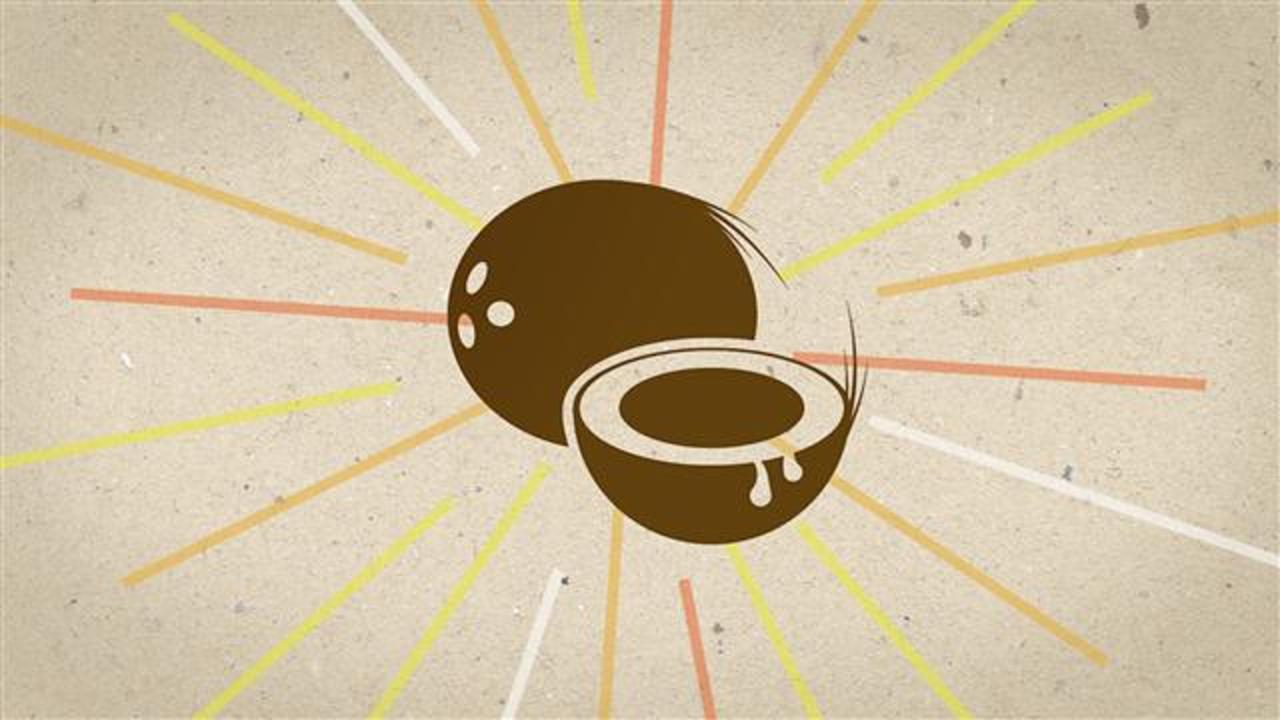 Coconut water—the clear liquid inside a coconut—has long been a refreshing drink for anyone growing up in the tropics, but it was exotic as all get-out to the rest of us until about 10 years ago. That's when it began being touted as a miracle elixir with a variety of purported health benefits, particularly for athletes.

Many consumers may not be aware, however, that the marketers of coconut water have had to walk back their assertions. "The minerals in coconut water are what prompted the early claims of curative power, but their amounts are quite modest, and they are widely found in other foods. A banana, for example, has 422 milligrams of potassium, compared with 660 milligrams in a typical container of coconut water. The water's big three minerals are potassium (19 percent of the daily recommended intake), calcium (4 percent) and magnesium (4 percent)," reported Michael Moss for The New York Times on July 26, 2014. "Vita Coco, a leading brand, once boasted that it had 15 times the electrolytes—substances like sodium and potassium that are lost in sweat—in sports drinks. Then a 2011 class-action lawsuit contended that some of the mineral sums on its packages were exaggerated; as part of a settlement, Vita Coco agreed to stop saying that it rehydrated better than sports drinks."

That hasn't seemed to derail my husband—whose drink of choice after working outside all day is now Harmless Harvest instead of a beer—or the growth of the ready-to-drink coconut water category, according to the October 2015 report Global Coconut Water Market 2015–2019, from the international market research company Technavio. Consumptions of "coconut water is expected to increase as many restaurants and eateries in the U.S., and other countries have started offering coconut water as a mainstream drink in their menu," the report reads. It offers the example of PepsiCo's Kero Coco, which is the best-selling beverage at McDonald's and Pizza Hut locations in Brazil. The authors predict that coconut water could "replace soda drinks in numerous foodservice locations across North America" by 2019.

As coconut water has gone mainstream, producers of other so-called plant waters have positioned them as "functional beverages"—drinks that claim to not just hydrate but do something more for you, such as speed recovery after exercise or (sigh) detox your body. I wish I understood why it's so important these days to drink your nutrition—don't people have time to chew anymore?—and why it's not enough for a new beverage to simply taste good.

RELATED: Southeast Asia Might Not Have Enough Coconuts for Us

David Meniane, the founder and CEO of the L.A.-based start-up Victoria's Kitchen, is on the same wavelength. His Almond Water (which is not the same as almond milk) has been a great success story: It's gluten-free, GMO-free, dairy-free, and vegan, and contains no artificial ingredients or preservatives, but "if you're looking for electrolytes, you've come to the wrong place," he told Food Navigator. "It will not give you wings, it won't make you more energized, nor relaxed; it will simply quench your thirst and make you happy!"

What would make me happy right now is a tall glass of iced tea, but meanwhile, here's a look at some of the other plant-water options out there.

Proponents cite weight loss as well as improved digestion and immune function as among the benefits of aloe water or juice, and aloe has been used topically and orally for all kinds of ailments since antiquity. In a 2004 study from the U.K., people with active ulcerative colitis were given aloe vera gel to drink, and after four weeks researchers found clinical improvement, with no untoward side effects. But the aloe vera story is anything but simple. When the National Toxicology Program did a two-year study on rats, researchers found that when they were given whole-leaf extract of aloe vera juice (not gel), there was "clear evidence of carcinogenic activity in male and female rats, based on tumors of the large intestine." In other words, stay tuned. You should know, though, that because aloe is on the bitter side, sweeteners (such as honey, stevia, and cane sugar juice) are typically added, along with "natural" flavorings. The nutritional information for aloe water varies depending on which ingredients are added.

Birch water, which is made from tapping the sap of several species of birch trees, has been popular in Baltic countries for ages. It's nutritionally similar to maple water (see below), although maple water stays pure after being tapped, while birch water is usually flavored. Birch water also includes xylitol, a naturally occurring sugar alcohol that helps prevent tooth decay.

This plant-based water is made from the fruits of the prickly pear cactus; the fruits are juiced, then puréed. Cactus water naturally contains taurine, an amino acid often added to energy drinks, as well as a type of antioxidant called betalain (also found in beets and rainbow chard), which may help reduce hangover symptoms such as nausea and cotton mouth.

What you have here is the watery liquid collected from maple trees as the first step in making maple syrup. When Time magazine asked scientists if maple water was as beneficial as some were hailing it as, they replied that the product was so new that little study had been done. There's been some research touting maple syrup as a source of healthy antioxidant compounds, but that doesn't mean maple water, which is much more diluted, will offer the same compounds in nutritionally significant quantities, one scientist explained. Yes, it is rich in the trace mineral manganese, which aids thyroid health, bone strength, and vitamin absorption, but then again, we only need a tiny amount of it; too much manganese is of far greater concern than too little.

This plant water—basically, cold-pressed watermelon juice—is what's called agua de sandia in Mexico. If the electrolyte potassium is what you're looking for in a drink, this one has more than any of the other plant waters above. One bottle of the brand WTRMLN WTR (Bey's fave) provides you with 740 milligrams, along with the amino acid L-citrulline, which may reduce muscle soreness and fatigue, and a nice helping of lycopene. What I really like about watermelon water, though, is that it's easy to make at home. I'll be keeping a pitcher of it in the fridge all summer long, whether or not my muscles are sore.

See if you should be kicking up your level of hydration:

Related stories on TakePart:
Which of These 5 'Health' Drinks Is the Next Coconut Water?
Jane Says: What's So Great About Coconut Oil?
Will 2016 Be the Year of the Soda Tax?