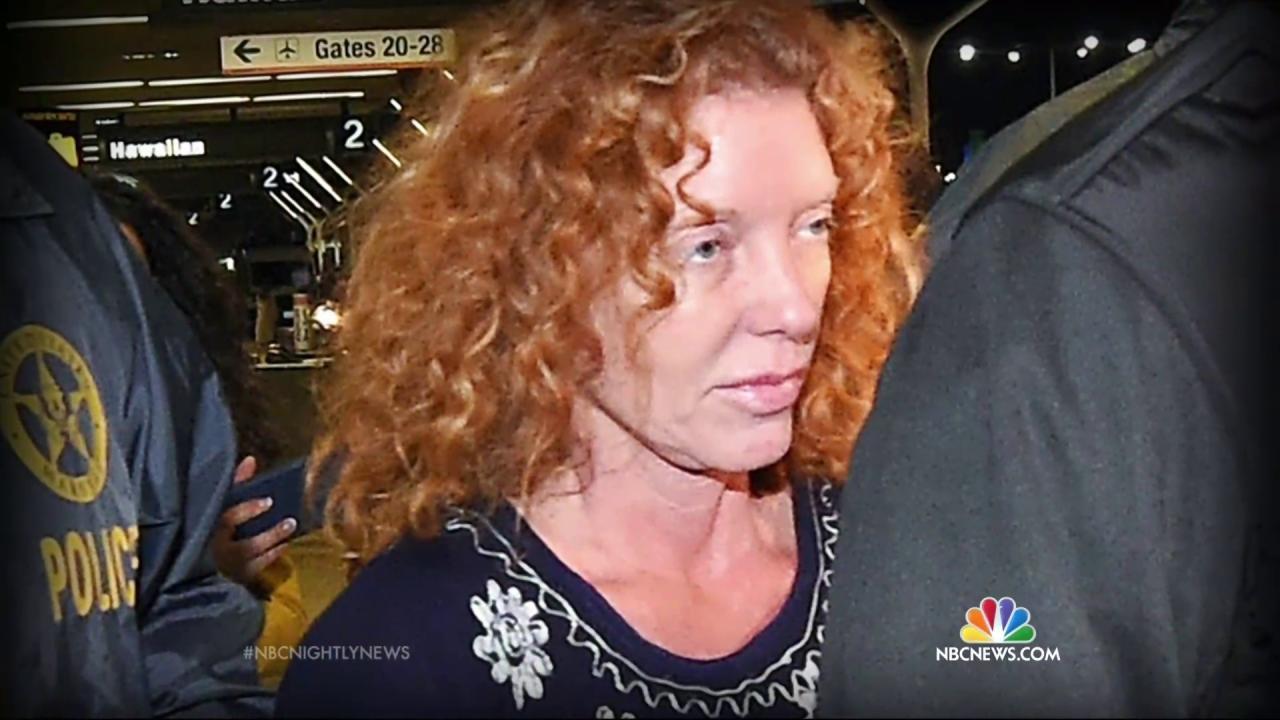 The mother of the Texas teenager who infamously invoked an "affluenza" defense while on trial for a fatal drunken-driving crash was indicted Thursday for helping her son escape to Mexico.

Tonya Couch, who is charged with hindering apprehension and money laundering, was indicted by a Tarrant County grand jury, NBC News has confirmed.

Couch, according to police, withdrew $30,000 from a bank account and then fled across the border with her then 18-year-old son Ethan in December.

The pair was nabbed just before New Year's Day in Puerto Vallarta, where they had tried to blend in with the many Americans celebrating the holiday season in the coastal resort city.

Couch was brought back to the United States in January and released from the Tarrant County Jail after posting a $75,000 bond. She remains under electronic surveillance and has to submit to weekly check-ins and undergo regular drug testing.

Ethan Couch was 16 on June 15, 2013, when he got drunk at a party and drove into a group of people on a roadside in Burleson, Texas, killing four and injuring two others.

See Couch after being sent back from Mexico:

Even though he admitted to the crime and and had a blood-alcohol level three times the legal limit, the teenager managed to avoid jail — and was sentenced instead to 10 years probation — after his lawyers convinced a judge he was a victim of his privileged upbringing and unable to tell right from wrong.

Under the terms of his probation, Ethan Couch was was not supposed to drink. But after video surfaced which showed him at a party where it appeared alcohol was served, he fled south across the border with his mother, Tonya, to avoid being jailed.

They were nabbed on Dec. 28 after several weeks on the lam.

More from NBC News:
Trump Blames Terror for EgyptAir, Ribs Chris Christie Over Oreos
Hacker Who Says He Got Into Clinton Server Pleads Guilty
Donald Trump Has a Surrogate Problem