Millionaires say 1 factor was key in making them rich 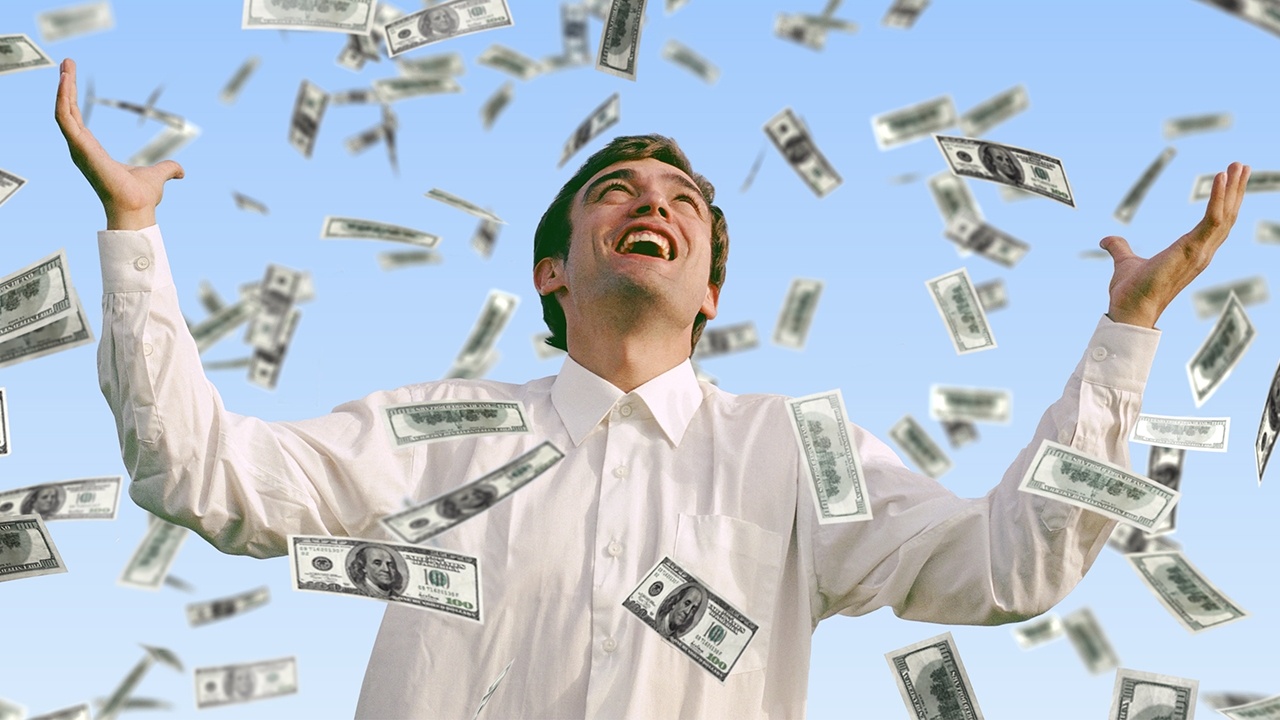 A new survey of multimillionaires shows that today's wealthy folks were raised with family values rather than financial privilege.

A good upbringing is one of the main factors rich people cite as key to their success, according to the 2016 U.S. Trust Insights on Wealth and Worth survey.

Chris Heilmann, chief fiduciary executive of U.S. Trust, which is the private wealth management arm of Bank of America, says:

"It is noteworthy that while the survey uncovered several examples of generational differences, the one common thread that cut across all generations was the importance and impact of family values as key contributors to success."

For the nationwide survey, 684 people of high- and ultra-high net worth and various ages were interviewed. All of the respondents had at least $3 million in investable assets, not counting the value of their primary home.

The top three factors these millionaires attributed for their success were:

So exactly what kind of family values breed millionaires? According to the survey respondents, the top values that were stressed to them growing up were:

Additionally, four in five multimillionaires reported that while growing up, their families encouraged them to pursue their talents and interests while setting disciplinary boundaries. Their families were also largely tolerant of their failures and mistakes along the way.

These high-net-worth people did not grow up in financial privilege. More than three-fourths of millionaires surveyed — 77 percent — came from middle-class or lower backgrounds, including 19 percent who grew up poor. They built their wealth over time, primarily by working and investing.

Other characteristics of multimillionaires revealed through U.S. Trust's study include that they:

RELATED: 10 ways to invest to become a millionaire

Millionaires say 1 factor was key in making them rich

Include taxes in your tally.

Withdrawing money from retirement accounts is, of course, not a free ride, so $1 million gross is not $1 million net. “If the $1 million were in a traditional 401(k) or IRA, all withdrawals would be taxable,” says Christine Pavel, vice president of wealth management at GCG Financial in Deerfield, Illinois. “You also have to consider how much the investor will withdrawal from the portfolio, and for how long.” Assuming 3 percent inflation, looking forward 30 years and accounting for retirement account taxes, “An investor would be lucky to be able to withdraw $20,000 or less from the account for 30 years,” she says.

If you're in your 20s and start investing now, you’re in luck, says Joe Jennings, wealth director for PNC Wealth Management in Baltimore. “Due to the power of compounding, the first dollar saved is the most important, as it has the most growth potential over time,” he says. As an example, Jennings compares $10,000 saved at age 25 versus age 60. “The 25-year-old has 40 years of growth potential at the average retirement age of 65, whereas $10,000 saved at age 60 only has five years of growth potential,” he says.

Consider annuities as a building block.

Annuities, which people purchase to get an expected payout once they reach maturity – usually at or after retirement age – also have a rough reputation, particularly indexed annuities. But last year’s Qualified Longevity Annuity Contract regulation by the IRS set guidelines for investors to create their own pensions. “You can invest and put money in a retirement account, and with annuity guarantees that you will never outlive your money,” says Stan “The Annuity Man” Haithcock, an annuities expert and author of the book, "The Annuity Stanifesto," based in Ponte Vedra Beach, Florida.

It may seem sexier to get in on the latest initial public offering or that new stock your Uncle Mortimer promises will take off. But that’s no way to build a nest egg through the years, says Jim Merklinghaus, founder and president of JBM Financial in Rutherford, New Jersey. “My philosophy has been a conservative approach to retirement, investing consistently over a 30-year period of time. If your principal is 100 percent safe, you have already accounted for 12 years of a normal 30-year retirement. The plan that avoids the loss of principal far exceeds the joy of temporary returns,” he says.

Diversify between companies large and small.

Risk tolerance and portfolio mix are major factors in getting to $1 million, and they’ll differ depending on the investor. But if there’s one universal that applies, ”The portfolio should be diversified among large- and small-company stocks, domestically as well as in established foreign countries and emerging markets,” says Kenneth Moraif, senior advisor at Money Matters in Plano, Texas. “The appropriate allocation in each of these asset classes will be determined by the investor’s time horizon, their current assets, age and tax bracket.”

Since retirement is the major savings goal with most nest eggs, make sure you maximize your retirement savings, says Andy Saeger, vice president and senior financial consultant at Charles Schwab in Naperville, Illinois. “Max out your 401(k) or other employer retirement plan, especially if you receive matching contributions. If you're age 50 or older, make catch-up contributions. If you can afford to save more, you may be eligible to open and contribute to an IRA, where your money can grow tax-deferred or tax-free until retirement,” Saeger says.

What used to be simple, sound advice is more of a commandment when $1 million or more is the goal. “If you make the financial plan first and then build your life around it, the outcomes are typically very positive,” says Mike Chadwick, CEO of Chadwick Financial Advisors in Unionville, Connecticut. “Most people do the opposite: They set up their life and then try to save after the fact, when it’s painful to do so. When something is paid off, save the extra money and you won’t feel the pain. And when you get raises, save the money until you’re on target.”

Avoid the temptation to spend first.

Most investors, especially in their younger years, think they can easily make up for copious spending and shopping. “This is certainly possible, but will require a potentially difficult, if not impossible, return on the investment or a significant increase in savings,” says Bellaria Jimenez, managing partner with MetLife Premier Client Group, based in Cranford, New Jersey. ”Investors must ignore temptations to spend and instead save.”

Just as it takes years to get to retirement age, you’ll want to stick it out, as some investments hit expected bumps. “Over a typical working career, an investor can expect to experience at least eight to 12 poor market years,” says Jakob Loescher, a financial advisor with Savant Capital Management and based in Rockford, Illinois. “During these years, it’s important that the individual remain patient and not make any large market-timing mistakes.”

And finally, answer the $2.3 million question.

That’s how much money you’d need in 2045 to have the same purchasing power as $1 million today, assuming a 3 percent annual inflation figure. So how do you get to $2.3 million? “Assuming a starting account value of $50,000 and an 8 percent return on assets, an investor would need to deposit $13,500 at the beginning of each year over the next 30 years to achieve that result,” says Andrew Gluck, managing director of wealth management at GCG Financial.

Are you surprised by any of these findings? Share your thoughts in our Forums. It's the place where you can speak your mind, explore topics in-depth, and post questions and get answers.