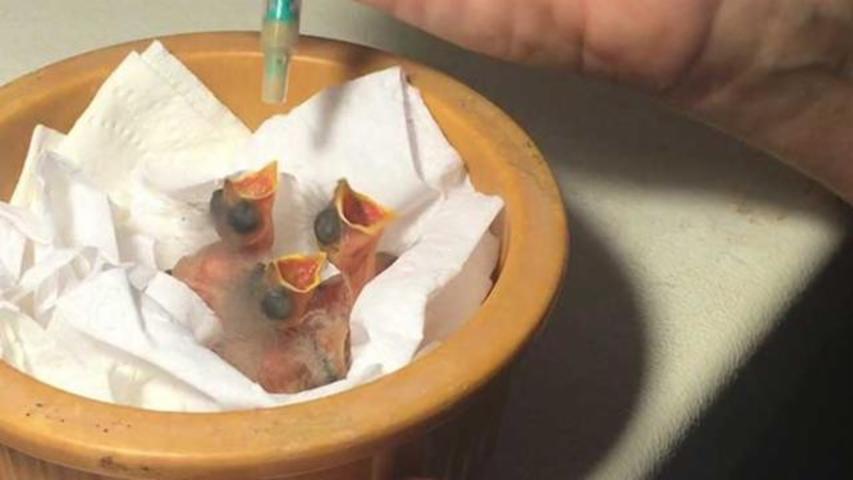 South Florida has been hit by flooding and hard rains this month, and both have made an impact on the area wildlife.

The timing of the bad weather has been particularly detrimental to the grasshopper sparrow population, as the endangered birds are in the midst of a nesting season.

Staff at the South Florida Ecological Services Office has been working with the Florida Fish and Wildlife Conservation Commission to salvage as many eggs and hatchlings as they can.

Thus far, they have gathered 3 chicks that were only a day old when discovered, a 9-day-old fledgling, and 30 eggs, all of which were forwarded to Florida's Rare Species Conservatory Foundation for further care.

A photo of the 3 chicks being cared for by the wildlife authorities was posted to Facebook.

Experts remain hopeful that this season's nesting will be a success, as adult grasshopper sparrows often lay eggs multiple times throughout the period.