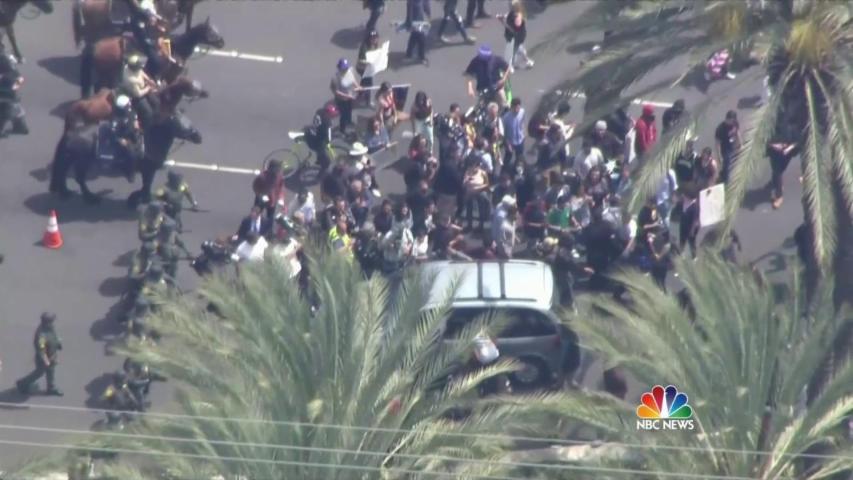 On ABC's "Jimmy Kimmel Live!" Trump was asked if he would consider holding a debate with Sanders. Trump agreed to the idea.

"If he paid a sum toward charity I would love to do that," said the business mogul, noting that a Sanders vs. Trump debate "would have such high ratings."

Sanders quickly responded with a tweet reading, "Game On. I look forward to debating Donald Trump in California before the June 7th primary."

Game on. I look forward to debating Donald Trump in California before the June 7 primary.

This response was also a jab at Democratic front-runner Hillary Clinton, who this week declined to face off with Sanders in a previously agreed upon California debate.

Sanders said during a Santa Monica rally Monday that he was "disturbed but not surprised" that Clinton "backed out of the debate."

Clinton's communications director Jennifer Palmieri wrote in a statement that her candidate's time was "best spent campaigning and meeting directly with voters across California."

More from NBC News:
Bernie Sanders: ‘Of course’ Democratic convention will be messy
Hillary Clinton: Donald Trump 'Not Qualified' to be President
Donald Trump Has a Surrogate Problem