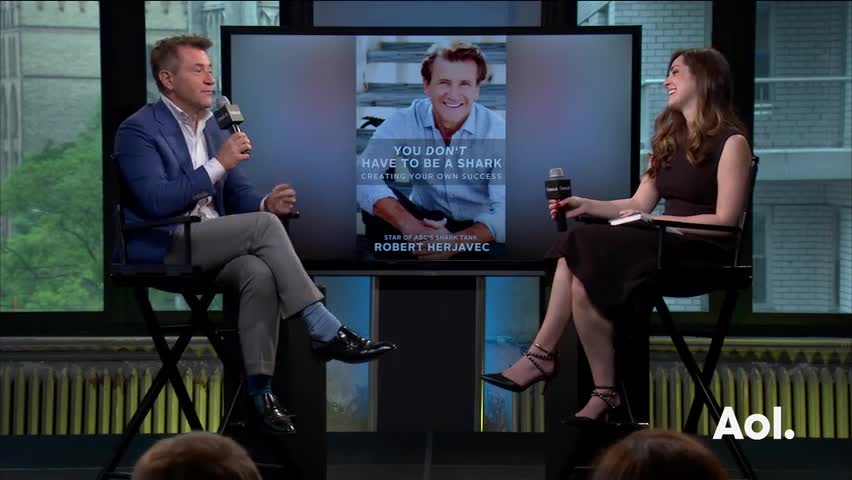 It's undeniable that Robert Herjavec's charm, intelligence and calm and steady demeanor have played an integral role in making him a successful businessman today.

After escaping the Communist regime in Yugolsavia as a child, Robert came to America with a hunger for success and a desire to take advantage of all of the opportunities that America offered him.

We'd say he more than succeeded at that.

SEE ALSO: 'Shark Tank' judge Robert Herjavec reveals how deals are affected by what happens behind the scenes

As the founder of The Herjavec Group (one of the leading IT companies in the world), the author of two best-selling books (and a third, 'You Don't Have to Be a Shark: Creating Your Own Success,' which was published this month) and a recognizable key player on three hit ABC shows ('Shark Tank,' 'Dancing With The Stars' and 'Beyond the Tank'), Robert is definitely someone that knows what success is and what it takes to get there.

We had a chance to sit down with Robert in an exclusive interview and, as expected, he was full of wisdom, tips and laughs.

Here were our top five favorite quotes from our conversation with him that you can easily apply to your own career:

“I think we all go through a period where you really want to fit in, but you want to be different, and for me it was all about proving the sacrifice my parents made was worthwhile.”

“If you look to danger, you go towards danger.”​

“If you can’t sell yourself, you’re going to have a hard time in anything in your life.”​

Photo credit: Getty
Up Next

Robert had a different upbringing than most entrepreneurs, but he instilled within himself an unwavering sense of motivation and determination that helped get him where he is today.

From his talents in professional race car driving to his dedication to the entrepreneurs he invests in, Robert's passion clearly shows through and is the driving force for all that he does.

Check out our full interview with Robert on our Facebook page:

More on AOL.com:
Why Mark Cuban (and every other shark) wanted a piece of this lantern company
The only two skills you need to succeed, according to Barbara Corcoran
Shark Tank judge: Failure is as much your responsibility as success