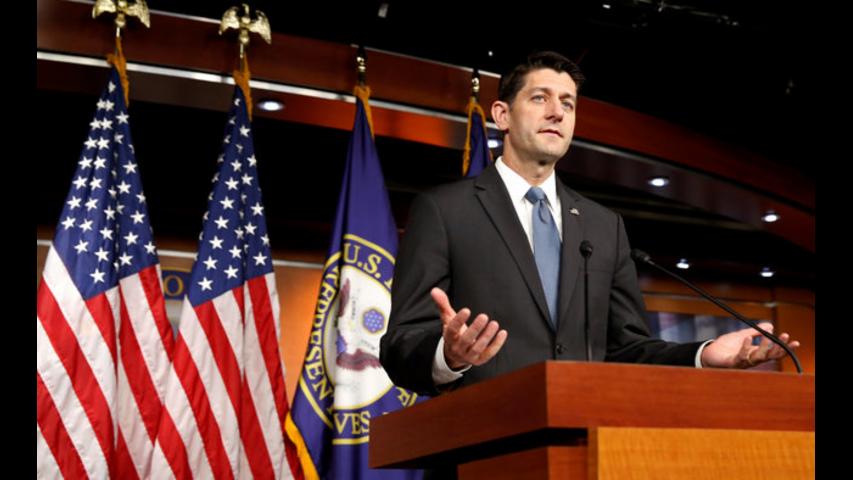 House Speaker Paul Ryan brushed off claims he could soon endorse presumptive GOP nominee Donald Trump, telling reporters at the Capitol "I haven't made a decision," adding that he has no timetable for doing so.

Earlier in the day Bloomberg Politics released a report claiming Ryan was telling confidants he regrets his standoff with Trump and wants to end it, "in part because he's worried the split has sharpened divisions in the Republican Party."

Such a move would end a long standoff between Trump and the Speaker, who earlier this month told CNN's Jake Tapper he "wasn't ready" to endorse the brash businessman.

The two met for about an hour at the Republican National Committee headquarters in Washington, D.C., a week later, which they called a "positive step toward unification."

Still, Ryan has frequently criticized the Trump campaign. He strongly condemned Trump's plan to temporarily ban all Muslims from the United States and blasted his initial refusal to denounce the KKK.

See Paul Ryan through his career:

Then in an interview with Politico on Monday he said he wasn't "betting" on Trump winning the election.

Shortly after Ryan released a video denouncing the "bitterness in our politics" on both sides of the aisle.

I've not seen the kind of bitterness in our politics like we have today, & I've got to say, I think it's both sides.https://t.co/FsthtCngiz

Trump for his part hasn't backed off his outspoken style. Just this week he drew the ire of CNN's Jake Tapper for questioning the Clintons' role in the suicide of White House aide Vince Foster, escalated a Twitter feud with Sen. Elizabeth Warren and flung insults at Republican New Mexico Gov. Susana Martinez, a Latina, "who has refused to endorse him over his anti-immigrant rhetoric."