Police officer rescues puppy and sleeps at her side 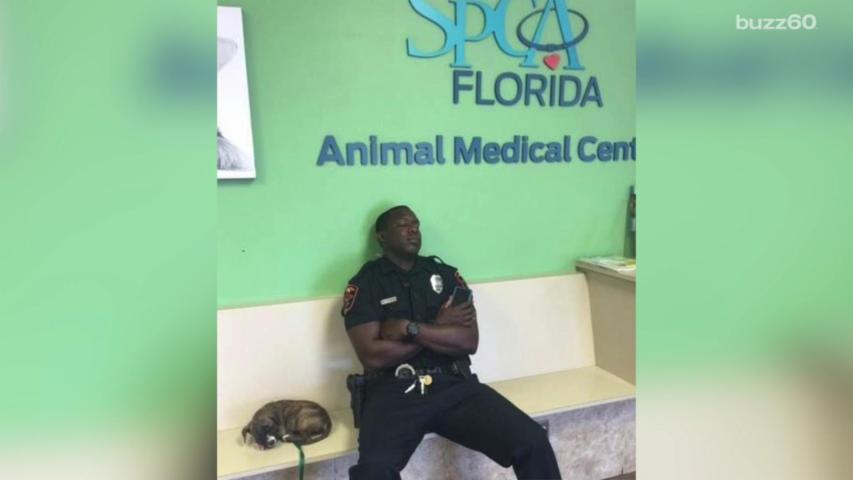 After rescuing a puppy, a kind officer waited with her until she drifted off to sleep.

Officer Kareem Garibaldi found a lonely pup wandering the streets. She wasn't wearing a collar, so he couldn't locate her owners.

Garibaldi searched for three days. The next morning, he took her to the SPCA Florida for a check-up -- but they both fell asleep. While they waited, Garibaldi had just worked a 12-hour shift.

Manager Connie Johnson thought the pair was adorable and snapped the photos.Garibaldi stayed at the vet for three hours while the puppy was checked out.

Aside from having some mites, the puppy was healthy -- and the good news doesn't stop there. Back at the police station, the puppy met her new owner.

A dispatcher fell in love with the little pup, giving her a new home and a new name: Hope.

More from AOL.com:
Puppy found high on meth and heroin during drug bust goes to rehab
Little puppy sitting inside a watermelon while eating it will make your day
Pets in weddings: The most epic displays of puppy love