Whatever you do, never show Holly Robinson Peete a pair of high-waisted mom jeans.

"I hated them and I still hate them and they're back," she says "I did TV shows in the '80s and '90s, so you're always going to run into fashion fails. Head to toe, it was wrong on so many levels."

So she's making it right with her new clothing line, HRP by Holly Robinson Peete, sold on EVINE Live and available starting Friday. The collection retails from $29 to $59, and features tops, dresses and bottoms.

"I've been wanting to do this for ten years," says Peete, who costars on the OWN series "For Peete's Sake" with her family. "I like to dress up and do the red carpet stuff. But most of the time I'm casual mom at the house. I love wearing something cozy, comfortable but still stylish." 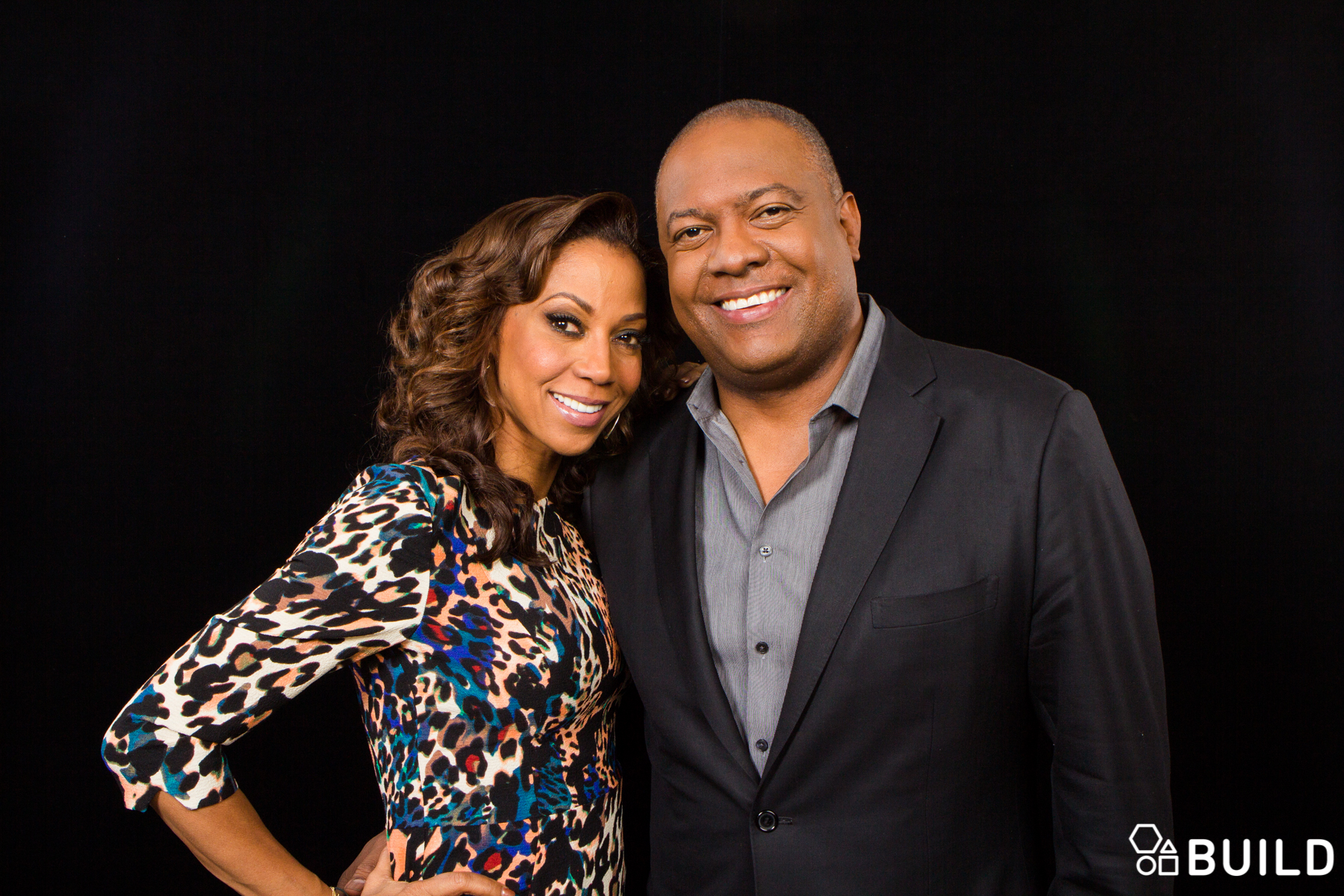 The mom of four, who's married to former football great Rodney Peete, was inspired by her own lifestyle. "It's morning madness in my house, getting four kids ready. I drive to the bus stop in a robe and house shoes. It's not acceptable," she says.

So she raided her own closet for inspiration. And her husband vetted each piece.

"I was involved in picking the knits. The fabrics were very important to me, that they feel soft. I met many times with the manufacturer and we went over styles and looks. We came up with a look that all women would be excited to wear," says Peete. 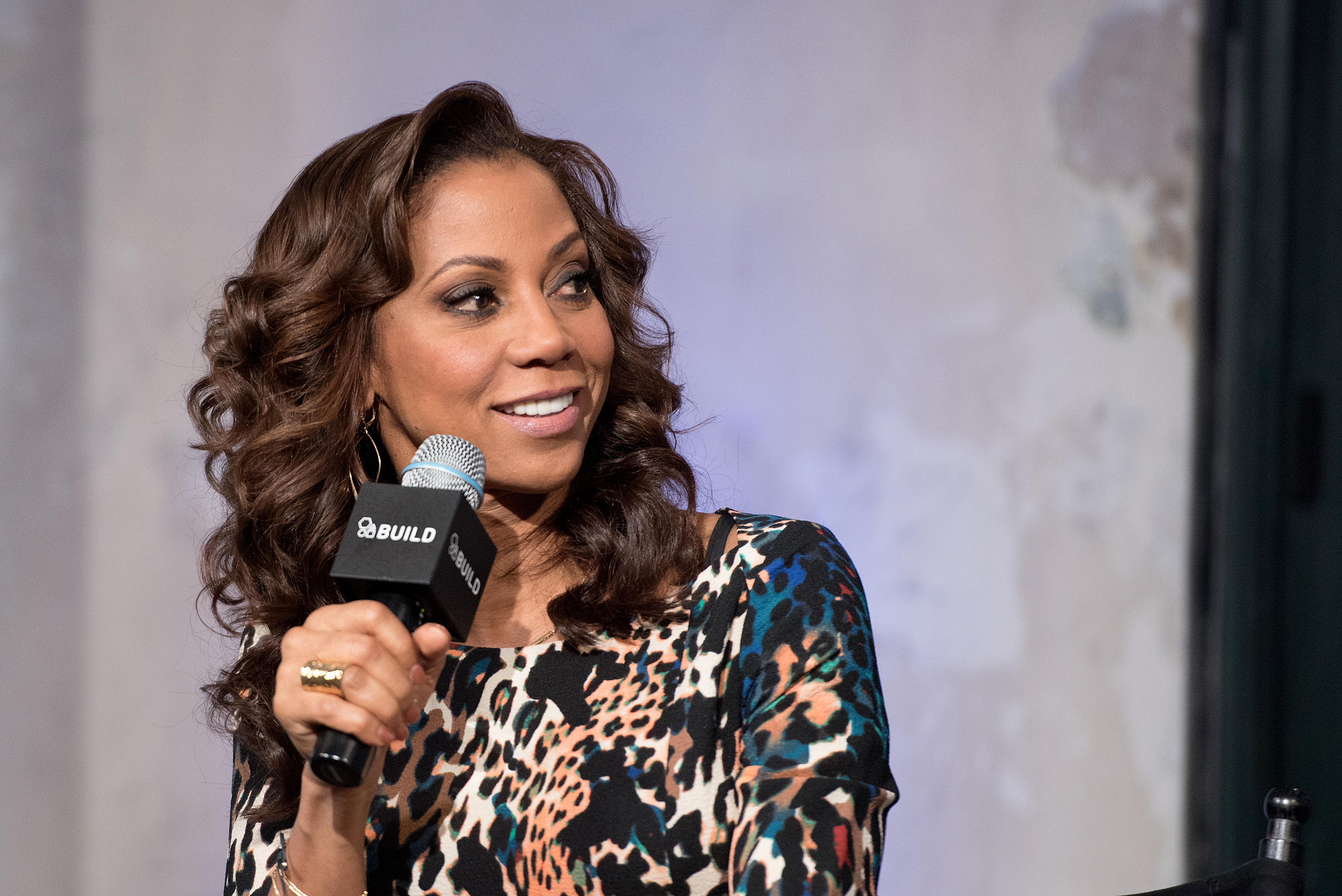 Her husband thinks his wife is sexiest when she's at ease and at peace. "When I'm smiling. And when I'm happy. That's when he thinks I'm the most desirable. I ran everything by him. I showed him all the looks," he says. 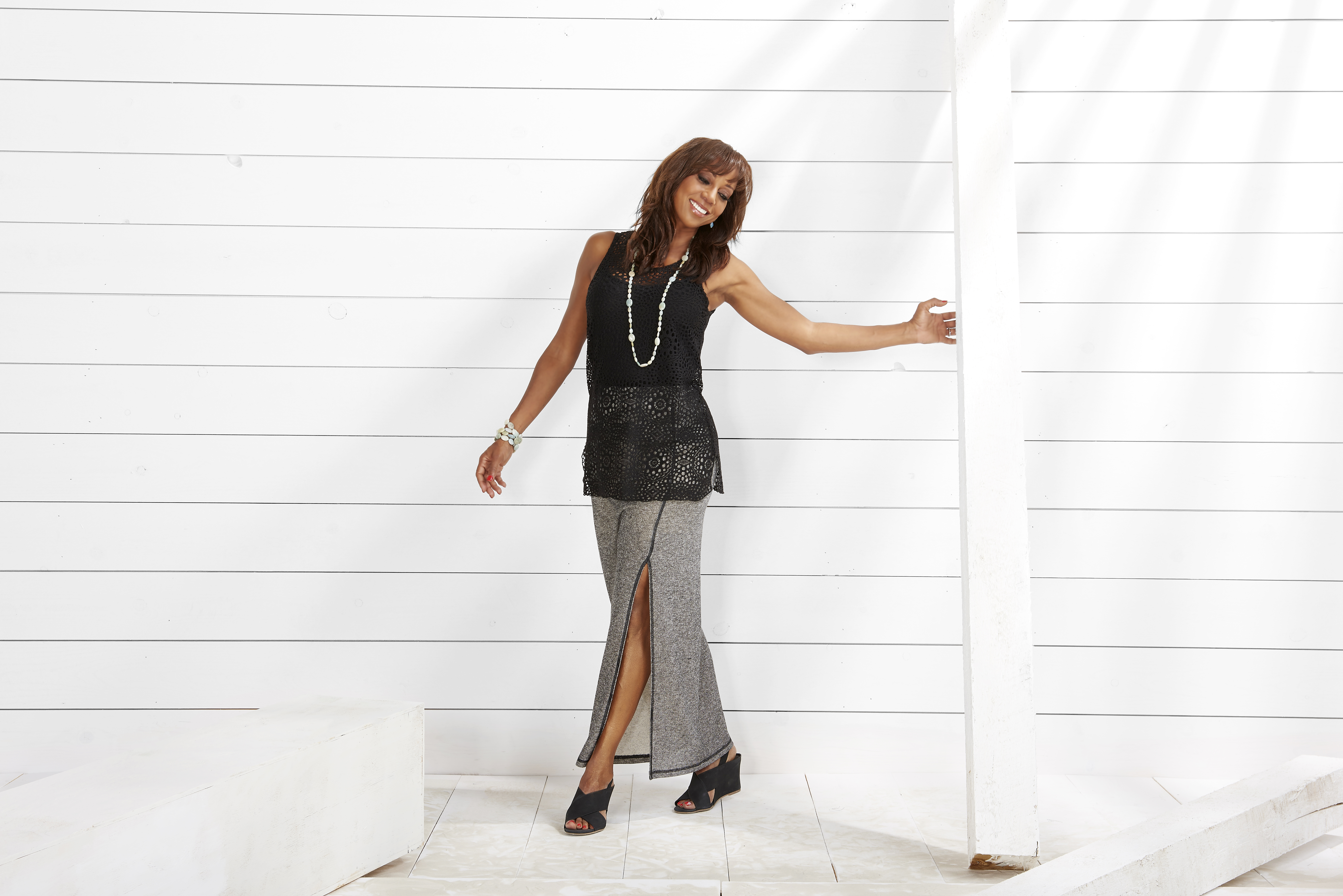 "I really like Jessica Alba's style. It's really cool. I like boho mommy chic. I love Kerry Washington because she's fearless. For me, it's about comfort and I haven't seen a real comfortable like that combines elegance and style at the same time," says Peete.

Here's a look at some of Washington's most memorable ensembles.

The actress walked the red carpet at the SNL 40th Anniversary Special wearing a cool oversized white blazer and pumps.

For the 'Scandal' event at the 32nd Annual PaleyFest, Washington sported a Mary Katrantzou Pre-Fall 2015 sleeveless blouse and an abstract jacquard skirt, adding a pop of color with yellow pumps.

Washington wore a stunning pink silk gown by Prada, along with emerald green heels to the 2015 Met Gala.

Washington wore an alice + olivia by Stacey Bendet jumpsuit with Christian Louboutin pumps, a Movado watch and Lorraine Schwartz earrings to the 2015 ABC NY Upfront Presentation in May.

Washington attended the Glamour Women of the Year Awards in June wearing a David Koma strapless top and skirt with EFFY and EF Collection jewels. She carried an Edie Parker clutch.