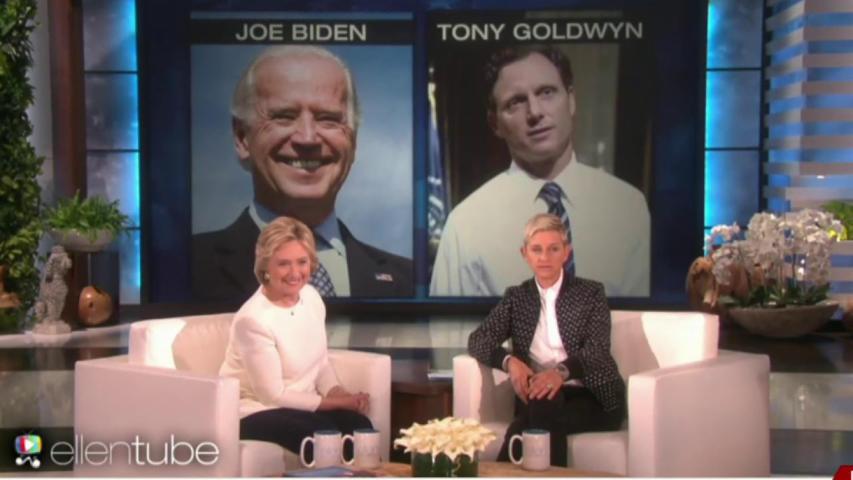 Breaking news: Just like all other living, breathing creatures, Hillary Clinton enjoys Beyonce's Lemonade. Hill fielded a number of questions from fans during a Facebook livestream on Ellen DeGeneres' page, including one from Taylor Swift, delivered via Ellen: "Have you seen Lemonade and do you like it?"

"I have seen parts of it, and I do like it," Hillary responded. Hillary's diplomatic yet vague answer leaves us wondering: which parts did she see? The sultry "6 Inch"? The goosebumps-inducing "Forward"? Whatever she saw definitely left a positive impression, as she's now entertaining the possibility of having Bey as her vice president.

Hillary Clinton: 'I Want to be as Good a President as Beyoncé is a Performer'

During a presidential game of Who'd You Rather on Ellen, Hill vetted a vice presidential candidate from a long list of musicians, actors, and politicians. Beyonce won a number of rounds, but lost in the end to current First Lady Michelle Obama.

"I really believe in making lemonade out of lemons," Hillary slyly added as she chose Bey over Leonardo DiCaprio.

Check out more from Hillary Clinton celeb endorsers in the gallery below.

More on AOL Entertainment:
The boy from 'The Santa Clause' and 'Dunston Checks In' is all grown up and super attractive now
'Beauty and the Beast' teaser tops 'Star Wars: Force Awakens' in first day
Here's a semi-definitive ranking of the 14 best animated Disney songs