Breathtaking poll numbers display the unprecedented nature of the 2016 election 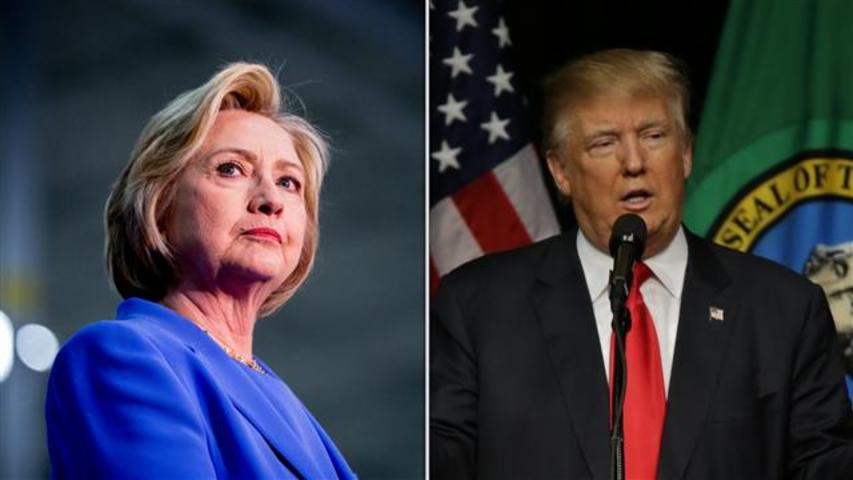 Both Hillary Clinton and Donald Trump are seeing their negativity ratings climb, and both candidates are unpopular with the electorate at large.

That's according to a striking new poll from NBC News and The Wall Street Journal that reveals the election is shaping up as a choice between the lesser of two evils for many Americans.

Clinton and Trump are two of the least popular politicians in the poll. President Barack Obama had the most positive ratings (49%). House Speaker Paul Ryan, who was floated as a possible alternative to Trump, and Vermont Sen. Bernie Sanders, who is still fighting Clinton for the Democratic nomination, are both viewed more positively than Trump and Clinton.

RELATED: See Clinton through the years

Trump was at the bottom of the popularity list, beating out only Russian President Vladimir Putin.

And voters seem to dislike the candidate they're not voting for more than they like their favored candidate.

When Clinton voters were asked to identify the main reason they support her, "she is not Donald Trump" topped the list. Of Trump voters, the biggest share (32%) said, "He is a successful businessman and will shake things up in Washington." But "he is not Hillary Clinton" came in second with 28%.

SEE ALSO: Pro-life Republican's wife opens up about her abortion

But despite voters' apparent lack of enthusiasm for Clinton, they seem to have confidence in her handle on the issues.

According to the poll, voters believe Trump would be better than Clinton on economic issues, an area on which Clinton and her allies have started to attack the mogul. But Clinton ultimately beat out Trump on most election issues the poll raised. Still, it's a close split between the two overall, with Trump leading by 3 points in a head-to-head race.

RELATED: See Trump through the years

Breathtaking poll numbers display the unprecedented nature of the 2016 election

Trump won among voters on "changing business as usual in Washington," "protecting America's interest on trade issues," dealing with Wall Street," "dealing with the economy," and "standing up for America."

On most other issues — immigration, Supreme Court appointments, "being a good commander-in-chief," "looking out for the middle class," foreign policy, uniting the country, and women's issues — poll respondents said Clinton would be a better pick.

The NBC/WSJ poll showed that economic growth is currently the top issue voters think the federal government should address, followed by national security.

The demographic breakdown of Trump and Clinton supporters is also noteworthy — Clinton held the lead with African-American voters (88% of whom said they support her in the poll), Latinos (68%), and women (51%). But Trump led with white voters (52%), seniors (52%), and men (49% compared to the 40% who would vote for Clinton).

NOW WATCH: 9 people who may be on Donald Trump's 'short list' for vice president

SEE ALSO: 'The last thing we need is a bully in the pulpit': Hillary Clinton finds new ways to go after Donald Trump