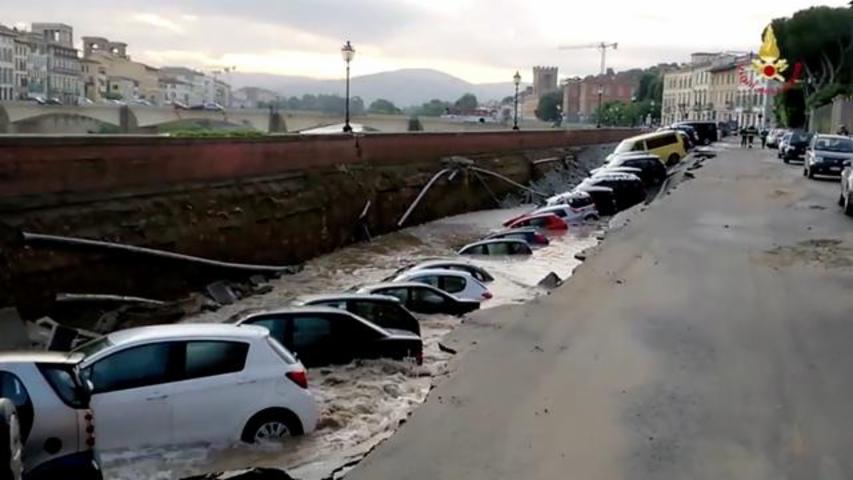 The area near the Ponte Vecchio bridge in Florence, Italy, is popular among tourists and shoppers, but for the time being, people may want to park their cars elsewhere.

In the early hours of Wednesday, a stretch of the nearby embankment along the Arno River collapsed, leaving roughly 20 vehicles in a ditch, reports The Guardian.

Officials have determined the sinkhole, which measures about 650 feet long and nearly 25 feet wide, was caused by a water main failure.

According to the BBC, though no one was injured, the pipe burst did cut off the water supply of thousands of area residents.

Those who have cars parked in the vicinity are being encouraged to move them.

As for the vehicles already affected, authorities are still trying to determine if the ground is stable enough to support an extraction effort, notes the Daily Mail.

More from AOL.com:
Kim Kardashian and Kanye West celebrate 2-year wedding anniversary in Italy
This woman entrepreneur is building a multi-million dollar empire...and her target audience is men
Baby Ariel reveals what it's like to run a viral social media account