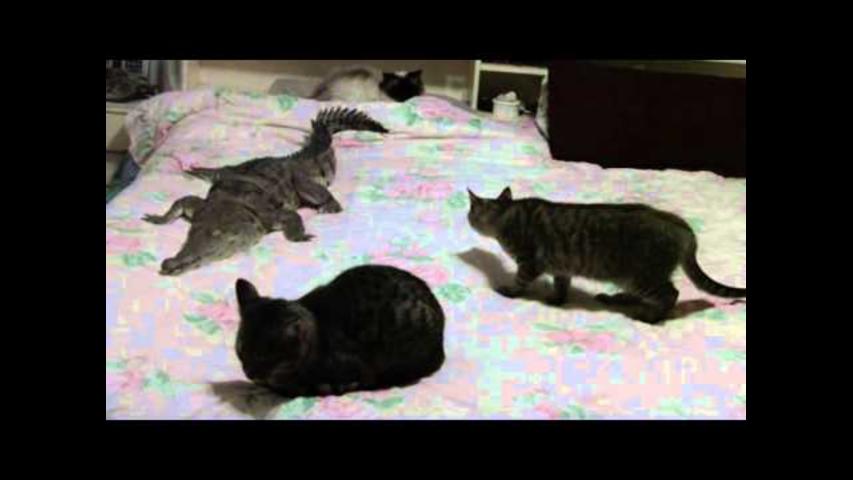 Talk about an unlikely sleepover.

Like something you would only expect to see in a cartoon, a video showing three cats and a crocodile sharing a single bed has surfaced online.

Johnie, the 17-year-old female freshwater crocodile, is shown catching up on her beauty sleep while surrounded by three curious cats. The situation quickly escalates, however, when one of the two six-month-old bengal kittens begins poking and prodding at the croc's tail, waking her from her slumber.

Luckily, Johnie is cool with the disturbance, and slinks to the other side of her bed to reposition herself for part two of her nap.

While the four-some seemed to share the bed without a care in the world, commenters on the clip were quick to point out the jeopardy the owners carelessly put the felines in.

One commenter, videocurious, stated, "This is wrong and irresponsible in every way crocs do not belong on beds and risking the lives of these poor cats is totally wrong. Crocodiles are extremely dangerous wild animals and need to be respected as such.﻿"

More from AOL.com:
How to choose the perfect watermelon
This 15-year-old has catapulted into fame on an app you've never heard of
Knife-wielding man shot and killed by police in midtown