This may be the biggest mistake an entrepreneur can make 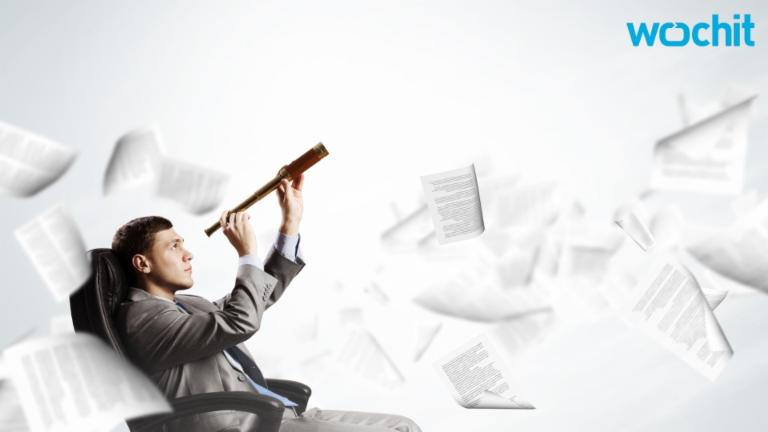 Probability is a wonderful tool but it may also be the surest path to an ordinary life devoid of innovation.

Our greatest fear is uncertainty. We will do anything to avoid it, including lying to ourselves and trying to pretend that we can work around it by creating certainty through decisions that are based on the illusion of probability.

On any given day we are all making decisions based on probabilities. You decide to take an earlier flight because it will decrease the likelihood that you'll be late for a meeting. You decide to invest in blue chip stocks because they are more likely to weather an economic downturn. These are all well-considered decisions to balance the odds in your favor. You do it, I do it, we all do it; all the time. As entrepreneurs we become experts at making fast decisions that weigh out the probabilities of success.

However, while probabilities can help us understand and cope with anticipated scenarios, they do nothing to mitigate uncertainty. And the biggest mistake you can make when contemplating starting a business or introducing a disruptive innovation is to confuse probability with uncertainty. That's because uncertainty is the absence of probability. Uncertainty is what happens when all the rules are broken. I often joke that while chess is game of near infinite probabilities, a game of chess with a three-year-old is a game of uncertainty because at any time the rules can change. A king in check can leave the room and refuse to come back until the board changes!

The same applies to your life as an entrepreneur and innovator. No matter how hard you try to play life's numbers game the one thing you can be most certain of is that something will always come along that you could never have predicted to undermine your best thought out plans or to present an unimagined opportunity. Uncertainty wreaks havoc because it follows no rules. To paraphrase John Lennon, uncertainty is what happens when we're busy making other plans.

"...the biggest mistake you can make when contemplating starting a business is to confuse probability with uncertainty."

Don't get me wrong, I'm not suggesting that betting on probability is always wrong. As I said, we do it daily. And it's usually right when we apply it to the more mundane aspects of our companies and our lives. I have a balanced financial portfolio. I have insurance for health, life, property, professional liability, and an umbrella policy to cover everything else. I weigh the odds constantly in many aspects of my life. It's common sense.

But the trap we masterfully construct for ourselves, when we make every decision based on probability, consists of two illusions. The first is that we fool ourselves into believing that we know all of the existential factors involved in how the bet will play out. The second is that we are always in control of these factors because we know how likely they are. We're wrong on both counts. Innovation does not conform to probability; it breaks the rules that made it improbable.

In fact the only things we get to control are our own ambitions and our reactions when those ambitions are threatened. And this is where it gets really interesting for an entrepreneur. If you set your ambitions high enough probability no longer applies. By definition, the risk will be too great to be supported by a probabilistic view of the world. Look, you've been there and you know what this feels like. Your convinced of a certain path but everyone around you is shaking their head in disbelief while they mutter, "That's the most ridiculous idea I've ever heard of!" under their breath.

So, does that mean you throttle back on your ambitions? Only if you're willing to give up on them.

I don't care who or what you use as a role model for greatness, in every case what you'll find when you look closely at the path taken to achieve greatness is that a ridiculously uncertain bet was made that nobody in their right mind would have placed by betting strictly on the numbers. That's because greatness always falls well outside of the normal bounds of what is possible, and probability only applies to the realm of the possible. If it didn't the ambition wouldn't be great, it would be ordinary.

The Sum Of Our Fears

One of my favorite examples was that Einstein agreed to give half of his Nobel prize award money to his first wife, Mileva Maric, as part of a divorce settlement. But he did this in 1919. That's two years before he was awarded the Nobel prize in 1921 for his work on relativity. Was that a probabilistic view of the world? Only for Einstein. Anyone else would have thought it patently uncertain and pretty much ridiculous!

History is littered with people who reached for the impossible. They bet on what everyone believed was totally uncertain and unachievable. I've worked with hundreds of these high achievers and what they all have in common is that they refuse to compromise their ambitions and react to every setback as fuel to double down on the future. From Lincoln, to Jobs, Churchill to Winfrey, the impossible was never a matter of probability, it was a matter of an immutable commitment to an ambition.

More From Inc.com: LinkedIn Just Made a Savvy Business Move and Nobody Noticed

On the other hand, if you're going to bet on what's likely then admit that you're willing to settle for what's ordinary because you're unable to deal with uncertainty. In other words, the sum of your fears should never be greater than the sum of your dreams and ambitions.

The lesson here is a simple one; we buy into an illusion when we buy into a probabilistic view of the world and apply it universal to everything we do. What we are really buying into is a guarantee of the ordinary. While ordinary may be perfectly acceptable in some cases, it is totally unacceptable for those cases where we dare greatly and dream boldly. I'd suspect if you've read this far you're dreaming boldly.

So, if greatness is what you're after, if nothing less than achieving your boldest ambitions and realizing your wildest dreams is what you're aiming for, set aside the probabilities, or at least limit them to your 401K. Accept that bold dreams require you to place bold bets that have no odds, which will not make sense to anyone other than you. And then make a contract with yourself to never let go of that ambition and to react to the challenges and derailments of uncertainty as a means to simply redirect you back onto the track of your ambitions.

Ordinary and probable or bold and uncertainty? I don't see much of a choice there. Do you?

This may be the biggest mistake an entrepreneur can make

1. Don't expect anyone to hand you a career path

For most of adolescence it can feel like your path is pretty planned out, but Shama points out that after college the script is flipped. "A big thing to keep in mind is that you're responsible for your own curriculum," she shares. After college, you have to find your own opportunities and you can't expect anyone to hand you the next step in your life.

2. Do find the right boss

"A lot of times students will ask me, 'Should I work for a big company or a small company?' There are perks to both, but what's more important than the size is who you will be working for," Shama shares. You should find someone you connect with and you feel you can learn from.

Shama suggests that if you don't look for an individual over the company or industry size, you could be making a mistake. "A lot of people miss that mark and don't think about who they will be surrounded by on a daily basis," she says.

3. Don't have a sense of entitlement

"One of the best questions I got asked by a candidate was 'What can I do while I'm here so that a year from now you can say wow, that was my best hire ever?'" Shama reveals. When you're interested in a company, the best approach is to ask how you bring value to the company before you start asking what's in it for you.

4. Do make a good first impression

It takes more than not wearing flip-flops and pressing your shirt for your interview to make a good first impression. There are other subtle things to keep in mind, like where you place your bag or purse. As Shama points out, if it's on your lap it can look like you're going to bolt at any moment. Placing it on the seat next to you is just one simple way to make yourself look more at ease.

5. Don't just involve yourself in the job

When you get your first job, it's important to make sure you don't just clock in and clock out without an idea of how you can contribute to the larger picture, according to Shama. "Work-life balance is important, but these are critical years where you can build a good foundation for what you want to be doing," Shama shares.

You should be thinking about how you want to create and bring new ideas to the industry as a whole rather than just your day-to-day job. You can do this by attending key conferences and getting to know important people within the industry through networking events.

More from Inc.
16 body language mistakes that make people distrust you
These young entrepreneurs are shaping the future
Rising Stars: Meet the 30 most dynamic young CEOs in America