Raptors hold off Cavs, even East finals at 2-2 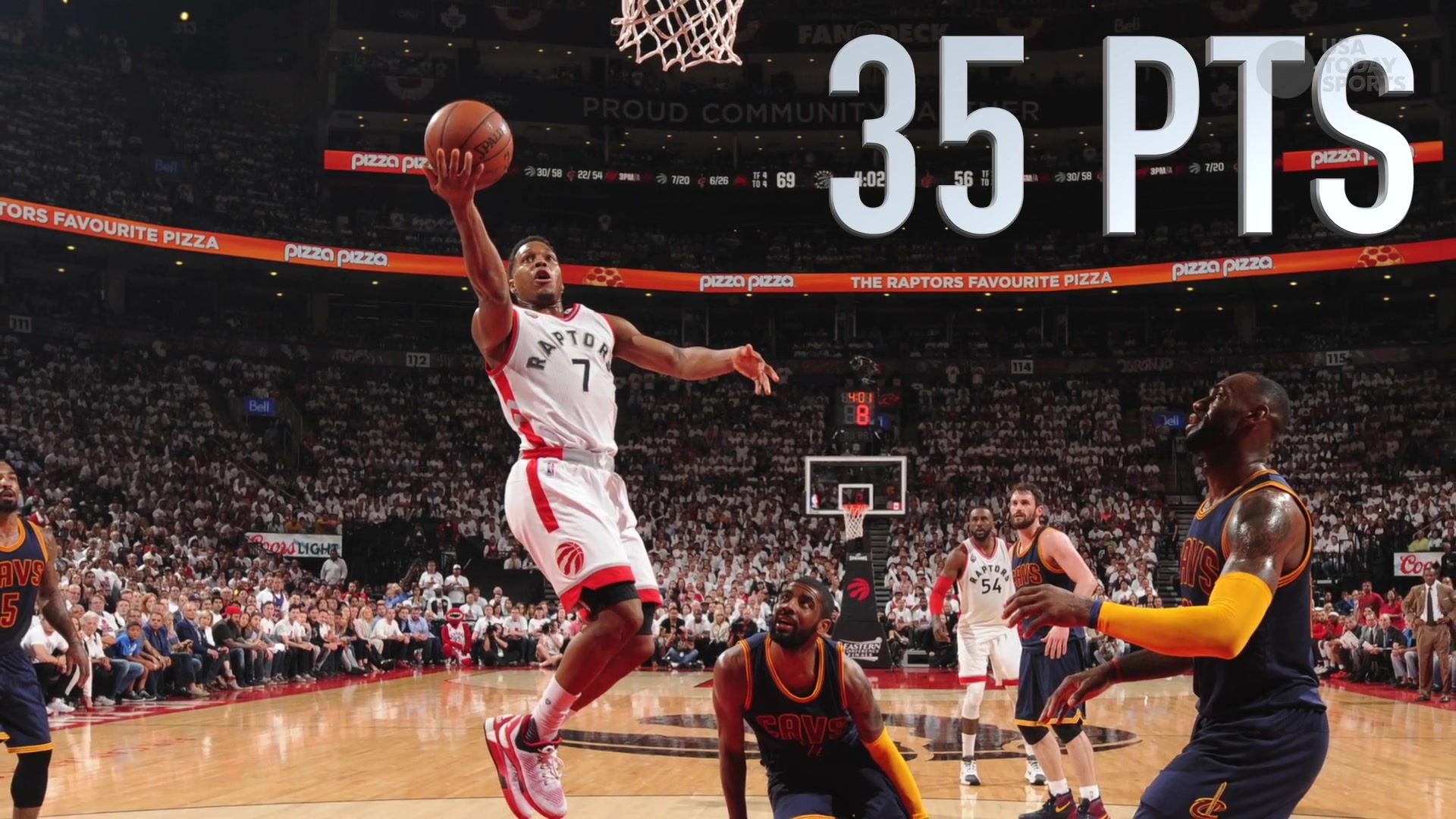 (The Sports Xchange) - Kyle Lowry scored 35 points and DeMar DeRozan added 32 as the Toronto Raptors defeated the Cleveland Cavaliers 105-99 on Monday to tie the Eastern Conference finals at two wins each.

In winning their second consecutive game, the Raptors led by as many as 18 points during the second quarter and were ahead by 16 at halftime. However, the Cavaliers trimmed the lead to one early in the fourth quarter.

The teams changed one-point leads in the fourth quarter, but when Lowry made a driving layup with 22.5 seconds to play, the Raptors led by six points.

The Raptors stopped the Cavaliers on their next possession.

Bismack Biyombo, who finished with five points and 14 rebounds, missed two free throws with 4.3 seconds left, but it made no difference.

The Raptors led 27-24 after the first quarter after being up by as many as eight points. Carroll had seven first-quarter points to top the Raptors, and the Cavaliers got seven points from Irving.

Raptors hold off Cavs, even East finals at 2-2

(Photo by The Stevenson Collection/NBAE via Getty Images)

Toronto led by 13 points with 4:35 to play in the second quarter when Patrick Patterson put in a layup on a pass from Lowry, who hit a 3-pointer or the Raptors' next possession to boost the lead to 16.

Lowry's step-back jumper with 31.9 seconds to play in the half put the Raptors into an 18-point lead.

Biyombo picked up his third personal foul with 8.9 seconds left when he blocked James going for the hoop. James made both free throws, and the first half ended with Toronto leading 57-41.

Lowry had 20 points in the first half for Toronto. James led Cleveland with 16.

DeRozan opened the scoring in the third quarter, and Toronto led by 18.

Irving made two 3-pointers in the third minute to trim the lead to 10, and J.R Smith's 3-pointer cut the margin to seven with just under nine minutes left in the quarter.

The Cavs scored the first five points of the fourth quarter. The lead was down to one point with 10:15 to play when Frye made his second straight 3-pointer.