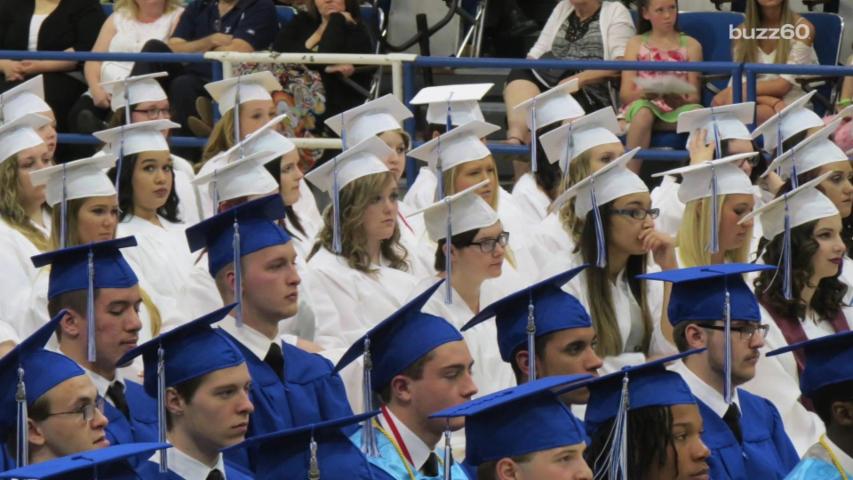 EAST LIVERPOOL, Ohio – Seniors at an Ohio high school are making headlines with their defiant response after being told not to sing the Lord's Prayer during their graduation ceremony.

According to WTOV, the prayer has been included in East Liverpool High School's commencement for seven decades. But that tradition looked like it was going to come to an end this year after the Freedom From Religion Foundation told the school to remove the prayer from the program because it violates the separation of church and state.

"We said, 'OK, we just won't do it anymore,'" school board President Larry Walton told WTOV. "It was a decision made because we don't have a lot of money, and we'd rather hire teachers than pay lawyers."

RELATED: This famous film director was once homeless and living in his car — he tells his story in a moving graduation speech

But the graduating class had other ideas. When valedictorian Jonathan Montgomery came onstage to speak Sunday, he led his fellow students in reciting the prayer. Afterward, the audience gave the grads a standing ovation.

RELATED: See photos of a woman who graduated at 90 years old:

More from AOL.com:
Auschwitz Museum discovers double bottom cup with a ring hidden inside
300 pounds of cocaine found in bananas
How much each 'Seinfeld' star is worth today