Conor McGregor to appear in ESPN 'The Body Issue' 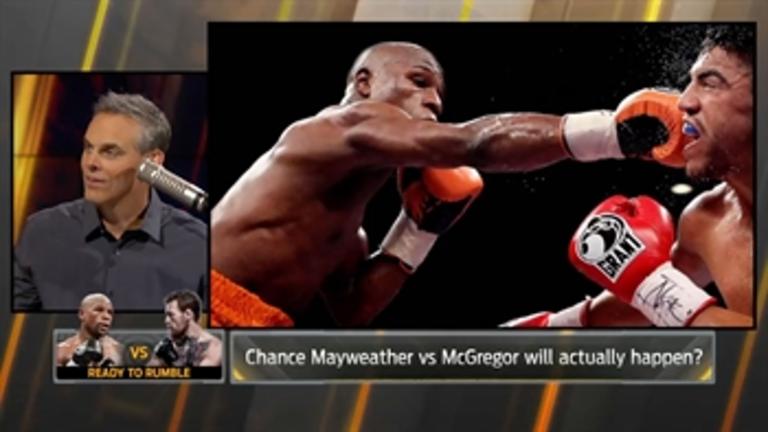 Conor McGregor continues to be a major talking point within mixed martial arts even though he's been pulled from UFC 200. ESPN announced that McGregor would appear in the 2016 edition of "The Body Issue", an annual collection of photographs featuring semi-nude or nude athletes. ESPN revealed the news via Twitter.

Conor McGregor will appear in the Body Issue.

A look at MMA stars who have bared it all: https://t.co/GFE0efjVXOpic.twitter.com/JNCstloAVA

According to ESPN, the entire list of athletes to appear in this year's edition of "The Body Issue" will be revealed on June 20. The magazine is set to make it to newsstands on July 8.

SEE MORE: Ron Nelson: 'I think UFC owes it to me'

McGregor's name continues to be involved with a variety of stories in combat sports. On one hand, the UFC is continuing to plan his rematch against Nate Diaz which was removed from UFC 200. While the plan is to have them rematch their UFC 196 bout, the fight has yet to be officially made. There's also the back and forth between McGregor and Floyd Mayweather, as both men use sports media channels to jockey for a fight, even though McGregor is contractually bound to the UFC.

CHECK OUT PAST BODY ISSUE SHOTS:

Conor McGregor to appear in ESPN 'The Body Issue'
Up Next

More from AOL.com:
Kenny Mayne compares ESPN management to North Korean government
Judd Apatow to co-direct ESPN '30 for 30' about Doc Gooden, Darryl Strawberry
Best MLB stadiums: We rank every ballpark down to No. 1