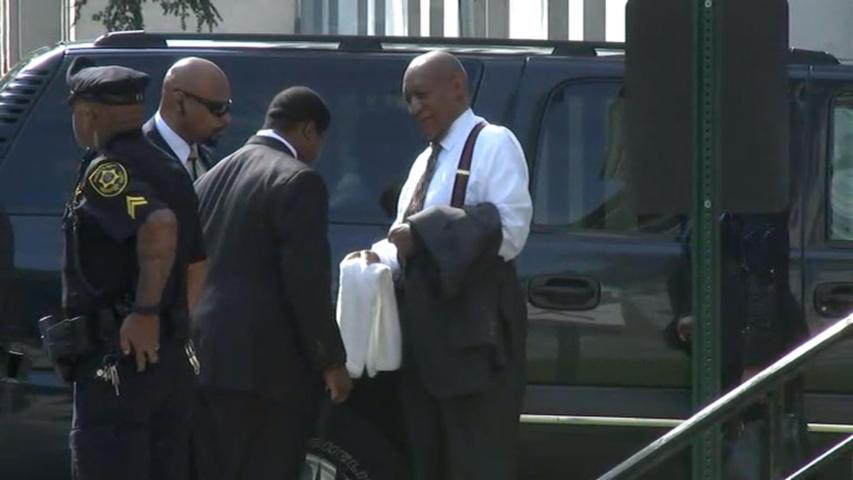 Ahead of Bill Cosby's Tuesday morning court appearance — for a preliminary hearing in Andrea Constand's sexual-assault case, one of his many lawsuits — newly revealed court papers released on Monday show the entertainer admitted to abusing women years ago.

Questioned by lawyers for Constand's lawsuit in 2005 and 2006, Cosby acknowledged drugging and giving alcohol to women before having sex with them. At one point, an unnamed modeling agency would send him "five or six" young women weekly, the depositions show.

In the newly revealed interviews, as reported by the New York Post, Cosby admitted to giving pills to Constand, a former Temple University employee who claims he drugged and molested her at his Philadelphia mansion in 2004. He also describes giving Quaaludes to then-19-year-old model Therese Picking (now Therese Serignese):

"She became, in those days, what was called high," Cosby said.

"I don't know. How many years are we talking about? 197[6]?" he said. "I meet Ms. Picking in Las Vegas. She meets me backstage. I give her Quaaludes. We then have sex. ... I don't hear her say anything . . . And so I continue and I go into the area that is somewhere between permission and rejection."

He describes another 18- or 19-year-old woman who visited his home in 2000 to discuss her acting career:

"[She] used the lotion to rub your penis and make you ejaculate?" Cosby was asked.