A resourceful distillery is turning fog into vodka 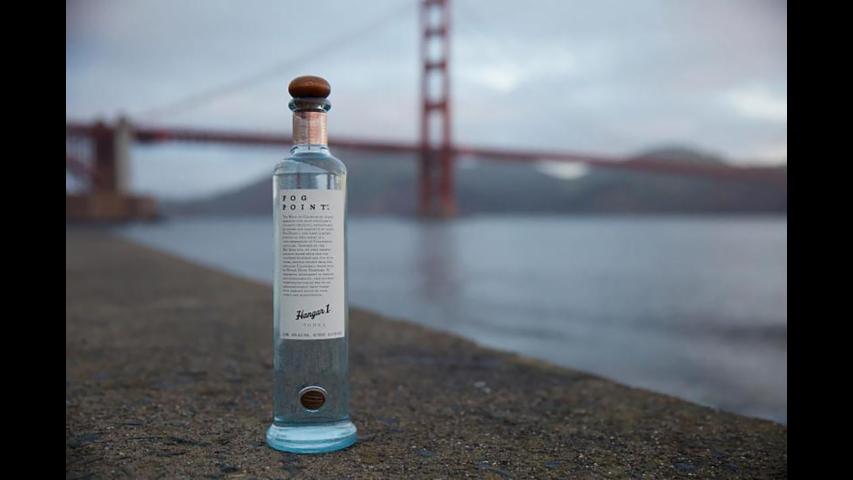 Fog is typically bad news: It means low visibility and bad hair days. But one California distillery is changing fog's negative connotation by making vodka out of it. Alameda-based Hangar 1 will soon launch a new vodka made from fog, Vogue reported. It's aptly named, Fog Point Vodka.

The vodka (or fog-dka, if you will) is distilled from a local wine and mixed with water collected from fog. While it might sound like modern day alchemy, Hangar 1 actually works with a company called FogQuest, which makes fog catchers to collect the water.

This is great news for water-strapped California. The state's years-long drought crisis has made water conservation a top priority. Innovations like this fog vodka are one silver lining to the environmental disaster, especially considering that the state will likely continue to suffer from "chronic" water scarcity.

Other booze manufacturers in the state have found novice ways to source water: Half Moon Bay Brewing Co., for example, makes beer from recycled wastewater from NASA. The wastewater beer is not available for purchase yet, but soon enough drinks might be made from water once used in rocket launches and space simulations. Far out.

If you prefer the sound of fog-dka to wastewater beer, you can purchase Fog Point Vodka through pre-order for a cool $125 per bottle. Ah, if only money could be made from fog, too.

Related: Take a peek at these tasty cocktails:

A resourceful distillery is turning fog into vodka

Fresh, colorful and perfectly sweet are just a few of several words we have to describe refreshing cocktail.

Sour in the sweetest of ways. Perfect for whiskey lovers.

Sex in the Driveway

Blue and bubbly in all the right ways.

Fun, dainty and perfect for brunch.

Sweet and refreshing with a twist.

A pina colada with the perfect liquor to fruit ratio.

Similar to Charleston, South Carolina, this cocktail is classy and elegant with just the right amount of spunk.

If this isn't the coolest mixed drink you've ever seen then we don't know what is!

A chocolate lovers dream come true, wrapped up in the most perfect cocktail package imaginable!

A delicious blend of sweet and sour.

Hello beautiful, you had us at "cream soda."

A drink just as delicious as it is beautiful.

Includes white chocolate liqueur, so obviously we were instantly sold.

More from Mic.com:
One of Donald Trump's Possible Supreme Court Picks Has Mocked Him on Twitter All Year
How Conservative Trolls Turned the Rare Pepe Meme Into a Virulent Racist
Former Pennsylvania Gov. Ed Rendell Predicts "Ugly Women" Will Be Donald Trump's Downfall