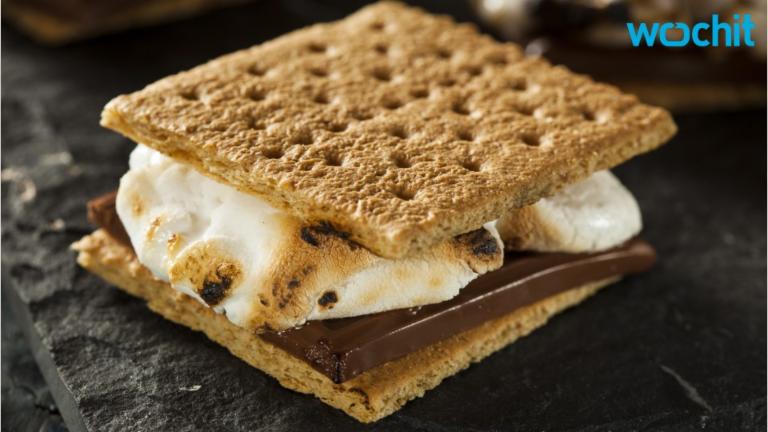 It's nearly impossible to improve pizza, but Pizza Hut has seemingly found a way. The chain debuted its Hershey's Toasted S'mores Cookie on Monday.

The concoction swaps vegetables, cheese and sauce for chocolate, cookies and marshmallows.

Consumers might have to swap their pants for a bigger size too: The dessert cookie pizza features a large chocolate chip cookie base topped with chunks of Hershey's milk chocolate, graham cracker pieces and many mini marshmallows (no complaints here).

The whole situation costs $6.99 and is available for the summer — which is great news for taste buds and not-so-great news for anyone who's already purchased their swimsuit for the season.

The world is currently undergoing a widespread s'moresification. The popular campfire treat has debuted in everything from a Frappuccino flavor to a french fry topping to beer — and there are probably s'more products on the way.

More from Mic.com:
How Conservative Trolls Turned the Rare Pepe Meme Into a Virulent Racist
This Black Woman Clapped Back at Donald Trump in the Best Way Possible
Constance Wu Stars in A-List Films in This Hashtag Campaign Against Hollywood Whitewashing

Amazon Music's Rediscover playlists are for the fans