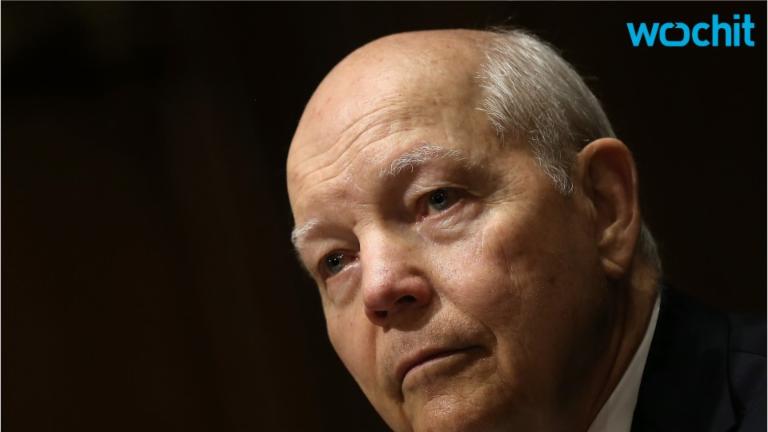 WASHINGTON, May 23 (Reuters) - The head of a hard-line Republican conservative faction in the U.S. Congress wants to impeach the nation's top tax officer and said lawmakers could do this without accusing him of any crime.

Internal Revenue Service Commissioner John Koskinen should be impeached within weeks, said Jim Jordan, chairman of the House of Representatives Freedom Caucus, in an interview.

Jordan's demand comes amid numerous Republican attacks on the IRS in recent months. Bashing the tax-collecting agency is a perennial Capitol Hill practice, but Jordan and a handful of other conservatives have been pushing it further than usual.

He said Jordan could be impeached simply because he had betrayed the trust put in him by the U.S. public to carry out his job correctly.

"When someone violates the public trust in such a way as this individual has, and that agency has, then that's what warrants ... impeachment," Jordan said.

Impeachment is a formal charge of wrongdoing for a trial that would occur in the Senate, where a two-thirds vote is necessary for removal from office. Republicans control only 54 of the 100 Senate seats, making such a vote unlikely.

Asked when the House should act, the Ohio Republican replied: "I hope before we leave for the summer break."

The IRS said in a statement that Koskinen has provided Congress with full cooperation and truthful testimony and remains focused on serving U.S. taxpayers.

On Tuesday, Republicans will detail their complaints about Koskinen at a House Judiciary Committee hearing.

Never popular with lawmakers, the IRS angered Republicans in 2013-2014 in a controversy over its handling of applications from conservative political groups for tax-exempt status.

The episode caused a shake-up of top IRS personnel. Koskinen was brought in by the Obama administration in late 2013 to restore order. But the House has since approved several bills attacking the IRS and its budget has been sharply cut.

Jordan said a second hearing in June would be about determining the standard for impeachment.

The grounds for impeachment listed in the Constitution are "treason, bribery or other high crimes and misdemeanors."

Koskinen has declined an invitation to testify on Tuesday. He is accused of failing to comply with a congressional subpoena and misleading investigators. Republicans have said his inaction resulted in the destruction of thousands of key emails.

Up to now, impeachment has been used against two presidents, a cabinet secretary, a senator and 15 federal judges, according to the Congressional Research Service.

More from AOL.com:
Oklahoma introduces measure to impeach Obama over bathroom rights
12 tricks to slash your grocery bill in half without using coupons
The wildest outfits from EDC NY 2016