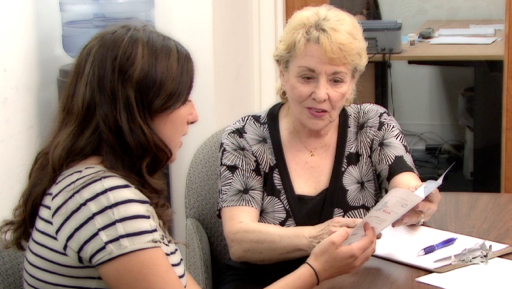 Working for several decades and then retiring isn't the only way to balance work and leisure time. You could gradually reduce your hours instead of completely retiring or take mini-retirements throughout your lifetime instead of a long retirement at the end of your career. Here are some alternatives to a traditional retirement.

Retirement doesn't have to be an abrupt transition from full-time work to a life of leisure. Consider gradually cutting back the hours or number of days per week you work. Or find out if you can continue working in a mentorship or advisory role on a limited schedule. However, it's important to check how this type of arrangement might affect your workplace benefits.

If you can't reduce your hours at your current job, consider taking on a part-time job with another company. A part-time job gives you some extra income and a reason to get out of the house, while still giving you some extra time for leisure pursuits. Try to find a job that matches your interests, such as working at a golf club or wine store or ushering at a sports stadium.

If the main reason you want to retire is to get away from an unpleasant work situation, it's time to think about switching into a second career. Some industries have fast-track retraining programs that help older employees shift into new positions. Also think about how you could use your existing skill set in a new way or for a more compatible employer.

Click through to see the best spots in the world to retire to:

10 alternatives to full-time retirement
AUCKLAND, NEW ZEALAND - MAY 27: The Auckland CBD city skyline including the Sky Tower and to the right Devonport, as seen from North head on the North Shore, Auckland New Zealand, Wednesday, May 26 2004. (Photo by Michael Bradley/Getty Images)
Dark clouds hang over a harvested corn field near Biebelried, southern Germany, on August 4, 2014. AFP PHOTO / DPA / KARL-JOSEF HILDENBRAND / GERMANY OUT (Photo credit should read KARL-JOSEF HILDENBRAND/AFP/Getty Images)
A picture taken on June 26, 2014 shows the landscape and Dolomite mountains near Bolzano, Italy, home and playground to a large number of brown bears. Brown bears were reintroduced in parts of western Europe in 'rewilding' programs, in the east they never died out. They have wandered far and wide and have created antagonism with attacks on livestock. AFP PHOTO/JOE KLAMAR (Photo credit should read JOE KLAMAR/AFP/Getty Images)
A charming little hostel in Stocken on the west coast of Sweden.
Old windmills, meadows and water in Holland
A man meditating in front of Kirkjufellfoss waterfalls, Kirkjufell, Iceland
SYDNEY, AUSTRALIA - DECEMBER 30: Waiting for the new year fireworks, Australians set their tents up at Sydney harbour, December 30 , 2013. (Photo by Recep Sakar/Anadolu Agency/Getty Images)
A Northern light (Aurora borelias) is seen near Tromsoe, Northern Norway on October 21, 2014. AFP PHOTO / NTB scanpix/ JAN MORTEN BJOERNBAKK NORWAY OUT (Photo credit should read JAN MORTEN BJOERNBAKK/AFP/Getty Images)
ST MORITZ, GRISONS, SWITZERLAND - 2015/01/24: Town centre of the ski resort in Winter. (Photo by Olaf Protze/LightRocket via Getty Images)
Up Next

If you have some retirement income coming in, there's no reason you need to work the full year. Look into seasonal jobs you would only need to do for a few months per year. Consider working at a ski resort in the winter, at a park or tourist site in the summer or pick up some retail work during the holiday shopping season. Work can be more tolerable when you only do it for a few weeks or months per year.

Many people fondly remember their college days, and there are plenty of ways to relive them in retirement. Many public colleges and some private institutions provide free or low-cost classes to state residents who are above a certain age, and some universities offer classes specifically for retirees. A few colleges have even built retirement communities on or near campus.

Some companies allow employees to take a significant break from work and later return to their current job. The idea is that the employee will return to the job feeling relaxed and revitalized and will bring a new energy to the role.

Consider taking a break from your full-time job to work on a specific project. Give yourself the time to write your memoir, tinker with an invention or take on a volunteer assignment that's of personal interest to you. Once you've achieved a personal goal, re-entering the workforce for a few more years might not seem so bad.

People in their 50s or older often have the industry knowledge and contacts to become successful entrepreneurs. Working for yourself means you don't have to deal with an overbearing boss and can choose your own colleagues. Just don't invest money in the company that you can't afford to lose.

Some people are able to turn a hobby they enjoy into an income stream. You might be able to sell the crafts you make online or teach children in your neighborhood to play the guitar. While you probably won't earn a lot of cash, the work can double as leisure time.

RELATED: Check the average retirement age in each state:

More from AOL.com:
The best 3 cities to retire in
Change these 3 habits and retire rich
3 retirement-savings mistakes the average American makes