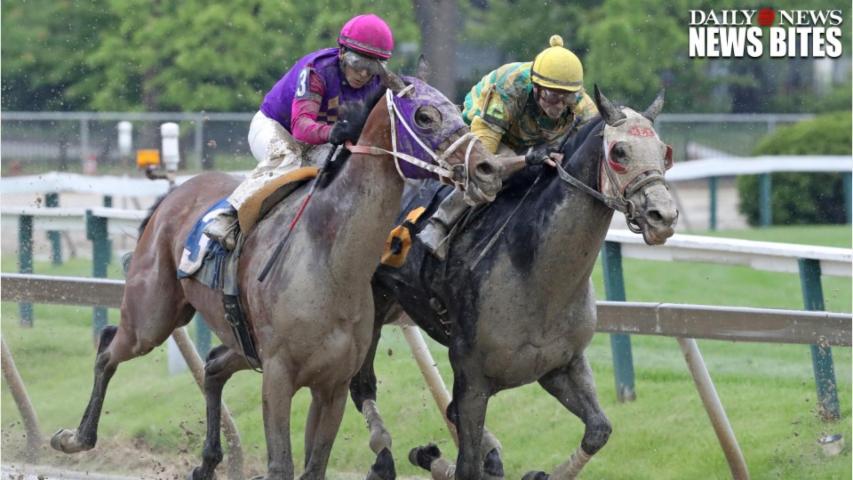 Two horses died at Pimlico Race Course on Saturday in early races ahead of the 141st running of the Preakness Stakes, the second leg of thoroughbred racing's Triple Crown series.

Homeboykris, a 9-year-old horse that ran in the 2010 Kentucky Derby, collapsed and died after winning the first race in wet conditions on the Pimlico card, according to a race course official.

In the final turn of Race 4, 4-year-old filly Pramedya collapsed on the turf and suffered a left-front mid-cannon-bone fracture and was euthanized on the track.

Pramedya jockey Daniel Centeno fractured his right clavicle and was taken to hospital.

Heavy rain fell all morning on the Baltimore track, that was rated as sloppy before being upgraded to muddy.

Undefeated Kentucky Derby winner Nyquist was the odds-on early favorite in the 11-horse field for the Preakness, the 13th race on the 14-race card at Pimlico.