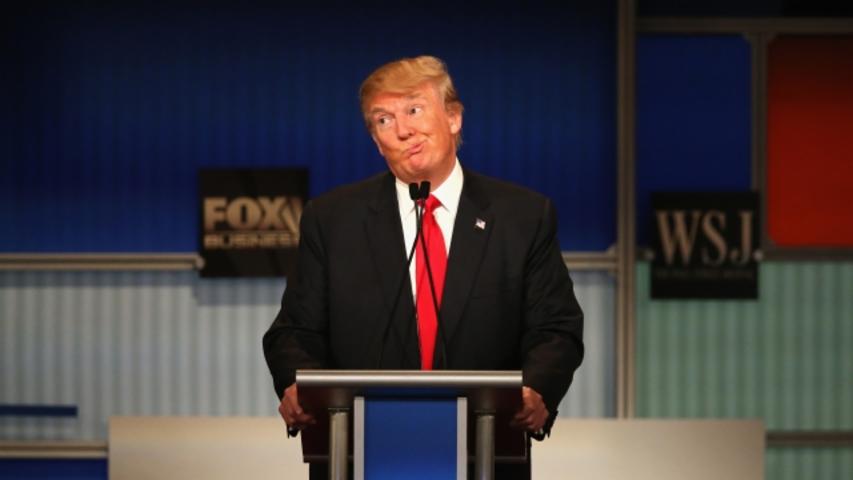 The last time Donald Trump's returns became public, he paid $0 in taxes. The Washington Post reports that was for two years in the 1970s.

According to a 1981 report from New Jersey regulators, Trump used a popular tax code provision to report a negative income.

Trump has boasted about taking advantage of the tax code to pay as little as possible, but he's also made targeting those loopholes and the people and companies who use them a big part of his presidential campaign.

He's been increasingly reluctant to reveal his current tax returns, first claiming an Internal Revenue Service audit prevented him from disclosing them. According to several outlets, an audit doesn't legally prevent him from disclosing his past returns.

2. Trump's father Fred died in 1999 with an estimated net wealth between $250 million and $450 million, from which Donald received an estimated inheritance worth $40 million to $200 million.

4. Donald Trump is the 113th richest person in the U.S. according to Forbes.

5. Although he says his presidential run is self-funded, and has lent his campaign millions, Candidate Trump has only given $317,471.27 to his campaign through March, 2016.

Now, Trump might become the first presidential nominee since the '70s to withhold his tax returns. Even though he criticized Mitt Romney for delaying his returns in 2012.

"Mitt has to get those tax returns out. I'm a little surprised they weren't better prepared for that," Trump said.

And Trump promised to release returns after President Barack Obama released his birth certificate — which Obama did.

The right and the left have attacked Trump for not releasing his tax data, but he still hasn't budged.

So why won't Trump release his returns? When anchor George Stephanopoulos asked Trump what his tax rate was, Trump replied, "It's none of your business."

More from AOL.com:
Democrats use Trump as bogeyman to get people to vote
Trump willing to speak with Kim Jong Un
Clinton calls Trump too unsteady to be president