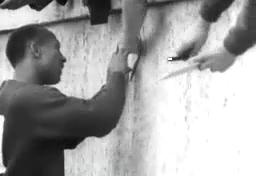 BUDAPEST (Reuters) - The world's oldest Olympic champion, Sandor Tarics, has died at the age of 102 in San Francisco, the Hungarian Olympic Committee MOB said on its website on Saturday, citing information from the family.

Tarics was member of the Hungarian waterpolo team which won in the Berlin Olympics staged by the Nazi government in 1936, pushing Germany into second place.

He left Soviet-occupied Hungary to settle in the United States in 1949 and earned fame in his new home country as a designer of earthquake-proof building technologies.

At the age of over 100, Tarics still drove his car with California license plate "Gold36"' He swam, worked on solving mathematical problems and monitored sports news in Hungary, he said in a interview to MOB late last year.

He attended the 2012 London Olympics as the oldest living champion. When asked in the interview if he would also attend the 2016 Olympics in Rio de Janeiro, he said: "We will see, it is hard to plan things so much forward."

More news:
Experts predict who will win 2016 presidential election
First images of EgyptAir flight wreckage released
Where is the most diverse city in the midwest?