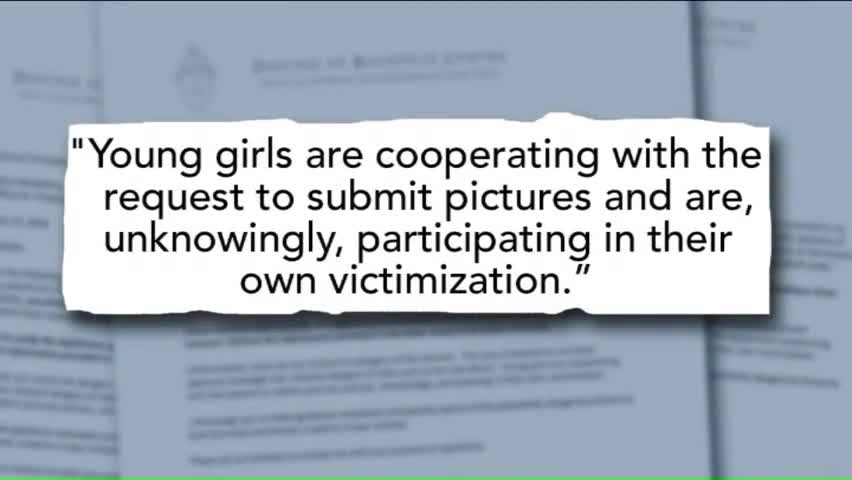 LONG ISLAND (WPIX) -- The Rockville Centre Diocese is alerting the principals of its Catholic schools about an illicit website that posts nude pictures of students on Long Island.

The Diocese sent out a letter to school principals after a parent brought the website to their attention.

The letter states, "Young girls are cooperating with the request to submit pictures and are, unknowingly, participating in their own victimization."

Adding, "male students have reportedly copied these pictures and "trade them like baseball cards.'"

Users of the site can request photos of specific students. Many of the photos are of girls who attend schools on Long Island.

Unfortunately, Cliff Pfleger is well aware of the website. An anonymous poster uploaded a picture of his teenage daughter onto the site. Pfleger says although his daughter's photo was just a fairly harmless shot of her in a bathing suit, there are photos of other girls that are quite shocking.

"The whole method of this site is to encourage people to put up pornographic pictures," said Pfleger.

The website has been up for a while and Pfleger has been on a crusade to warn other families. Attempting to raise awareness, he created a Facebook page "No Nude Selfies."

"They are keeping score that someone uploads more of these photos with an anonymous name. They're getting wins or points so it becomes a game."

Pfleger was able to successfully get his daughter's photo removed. He has advice for parents on how he did it.

"Contact the admin. Get the file number of the picture in question and state this is the photo of a minor."

RELATED: Check out the reactions to this secret service agent caught sexting:

Principals and parents warned of new website where students trade nude photos 'like baseball cards'
Lee Robert Moore is pictured in this undated booking photo provided by the Delaware Department of Justice. Moore, a U.S. Secret Service officer assigned to the White House, was arrested this week after he sent naked pictures of himself to someone he thought was a 14-year-old girl, according to a criminal complaint. REUTERS/Delaware Department of Justice/Handout via Reuters ATTENTION EDITORS - FOR EDITORIAL USE ONLY. NOT FOR SALE FOR MARKETING OR ADVERTISING CAMPAIGNS. THIS IMAGE HAS BEEN SUPPLIED BY A THIRD PARTY. IT IS DISTRIBUTED, EXACTLY AS RECEIVED BY REUTERS, AS A SERVICE TO CLIENTS
USSS employee Lee Robert Moore was placed on administrative leave at 11pm, Nov 6, 2015
Oh man, the U.S. Secret Service employee, Lee Robert Moore from Church Hill, Md., is apparently married with two young children
U.S. Secret Service employee arrested for sending lewd photos, messages https://t.co/4tiBYonj31 https://t.co/LXH6cRF6N1
The Secret Service employee who sexted a teen girl from the White House is a father of two. https://t.co/4XrLXv5Hwq https://t.co/vKf4saYug8
@TODAYshow everyday law enforcement are committing crimes, who's policing the police?
@TIME Is the Secret Service hiring from a frat house roster? These guys are the kings of bad decisions. #secretservice
Up Next