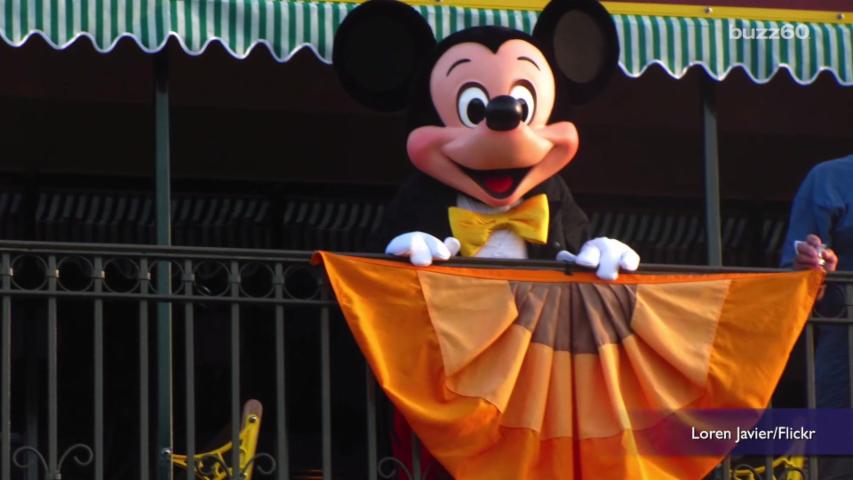 Disney World gave one woman an extra magical day by honoring her unused ticket from 1994.

When four-year-old Chelsea Herline's family took a vacation to Walt Disney World Resort 22 years ago, she unfortunately got too sick to attend their final day at the theme park.

But it looks like Disney tickets don't have an expiration date. Herline told FOX 35 that after her father recently discovered her unused ticket, she got another chance to relive the magic.

In the video, Herline, now 26 years old, explained that her father, "was cleaning our basement, and he found the ticket in our safe in the basement, so he had kept it for 22 years, and he knew we had a trip to Florida coming up, so he brought the ticket with him."

Though Herline was unsure whether the park would honor her old-school paper ticket, she decided to give it a try. Last month she had her mom drop her off at the front gates and asked her to circle the parking lot, just in case the plan backfired.

"So I walked up, and there was a girl at the ticket counter, and I approached her with a big smile and I said hi, I have a really old ticket, will you let me in?" Herline told FOX 35. Much to her surprise, the girl said yes and changed the paper ticket to a more modern electronic one.

Though this '90s dream took 22 years to come true, it was definitely worth the wait. Herline spend the day enjoying the park and riding rides by herself.

"This has been a really funny experience," Herline said. "I was not expecting this at all and my parents are loving it that they were able to save the ticket so long, and it's getting this much attention. So, it's pretty awesome!"

Time to look for your unused Disney World tickets, everyone!