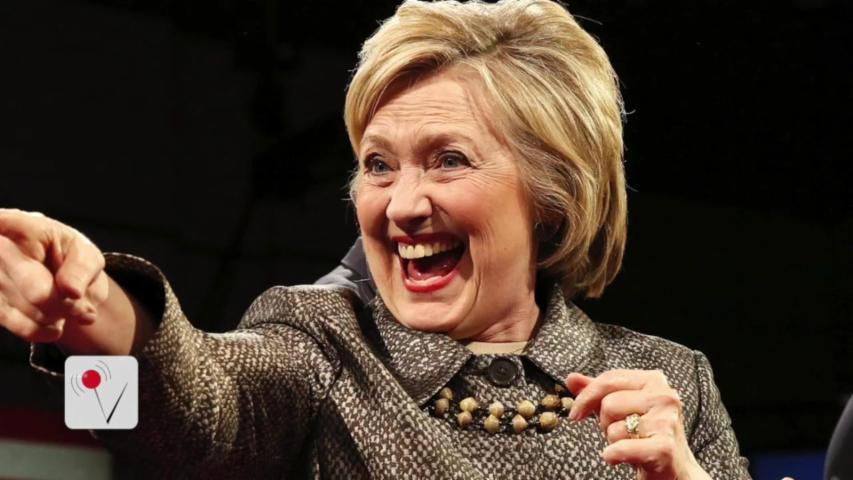 By: Amanda Kabbabe and Rob Smith

In a bout of confidence, Hillary Clinton is saying she will definitely be the Democratic presidential nominee -- and she isn't ruling out picking Senator Bernie Sanders as her running mate.

When Clinton was asked about bringing Sanders onto the ticket, she avoided the question, saying she wouldn't get into it.

But she didn't shut down the suggestion altogether, and said it was something she would have to consider "down the road."

Speculation of Sanders followed a controversial scene at the Nevada Democratic Convention. His supporters heckled Clinton delegates and threatened the state party's chairwoman because of perceived bias against Sanders.

With Clinton's strong embrace of Barack Obama's legacy, many have speculated she would continue his model of anointing a vice president who shares her policy goals but balances the ticket in a way that shores up her own weaknesses. To that end, enter Sherrod Brown. The Ohio senator is the image of a liberal Washington insider and while his experience isn't quite at Joe Biden level, he would give Clinton a leg up with the white men who form the core of Trump's support. His status as a son of the Buckeye State also gives him extra cache in what has become the country's most critical swing contest.

For a candidate so stage-managed as to approach algorithmic proportions, it should come as no surprise that Clinton's Plan B looks quite a lot like her Plan A. In Tim Kaine, a senator and former governor of Virginia, Clinton gets the same combination of safe white man, who is popular with voters Clinton does poorly with. Like Brown, Kaine also comes from a swing state (Virginia) that Clinton doesn't need quite as much as Ohio — but is still important as a hedge against losses elsewhere. Kaine is also widely considered more centrist than Brown.

Though recent history would suggest Clinton balance her ticket with someone like Brown or Kaine, she could go with a running mate quite a bit more like herself — someone like Massachusetts Sen. Elizabeth Warren.

The move would be in step with her husband, who picked fellow white southerner Al Gore on his ride to the presidency in 1992. A double-woman ticket would be historic, but also a gamble. Warren is a polarizing figure among moderates and, representing Massachusetts, does nothing for geographic diversity. She would offer other benefits over her male counterparts, however, most critically mobilizing women.

"[Trump's] strategy is to drive up [Clinton's] unfavorability ratings until they're closer to his," Mary Ann Marsh, a political analyst and principal at Dewey Square Group, said by phone. "The more negative the campaign is, historically, the less women vote."

Clinton reflected on the incident, calling it "disturbing." That's when she indicated that the DNC is looking to make nice with Sanders.

The DNC is looking to offer the Sanders campaign key seats on a convention platform committee in an effort to avoid a potentially messy convention floor fight in July.

While Clinton has a commanding lead, the Sanders campaign doesn't seem ready to throw in the towel just yet. He plans to stay in the race through the June 7th primaries, at the very least.

See more of Clinton through the years: