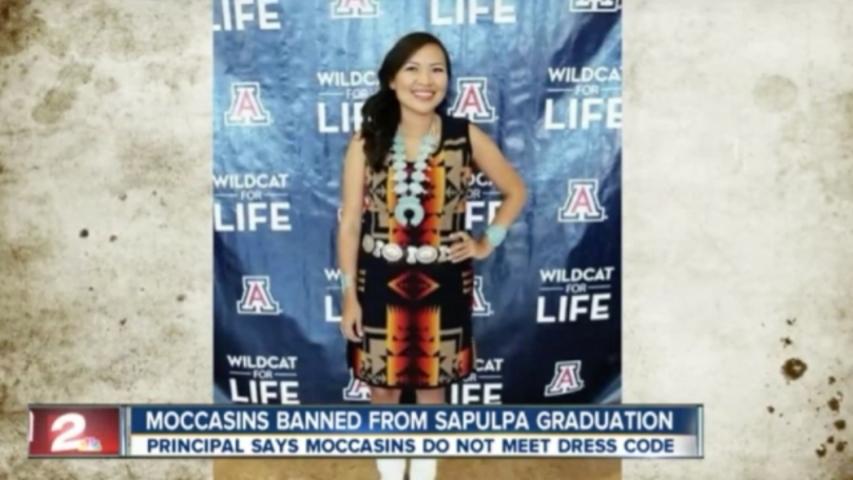 Liseanne Yazzie, an Oklahoma high school senior, was originally told by school officials that she couldn't wear her Navajo moccasins to her graduation ceremony.

"I've worked so hard the past four years, and I've worked hard to get good grades in school," Liseanne Yazzie told KJRH.

KJRH reported that Yazzie's principal categorized her moccasins as boots.

"I just don't think it's fair that they're going to be able to use a Chieftain as a mascot and then not allow native students who've been attending the school for several years to wear traditional clothing," Michelle Bear Robe said.

After an outpouring of support for Yazzie, Sapulpa school officials changed their minds and said an exception to the graduation dress code would be made for Native American clothing.

In a statement released to Tulsa World, the district's superintendent said: "Liseanne's case has been ... the subject of much debate. While we appreciate the input we have received as a result — this case has been always about an individual student and what this means to her and not a movement or cause."

Yazzie graduates Friday. As for the school's graduation dress code? Officials say they're working on how to deal with similar requests made in the future.