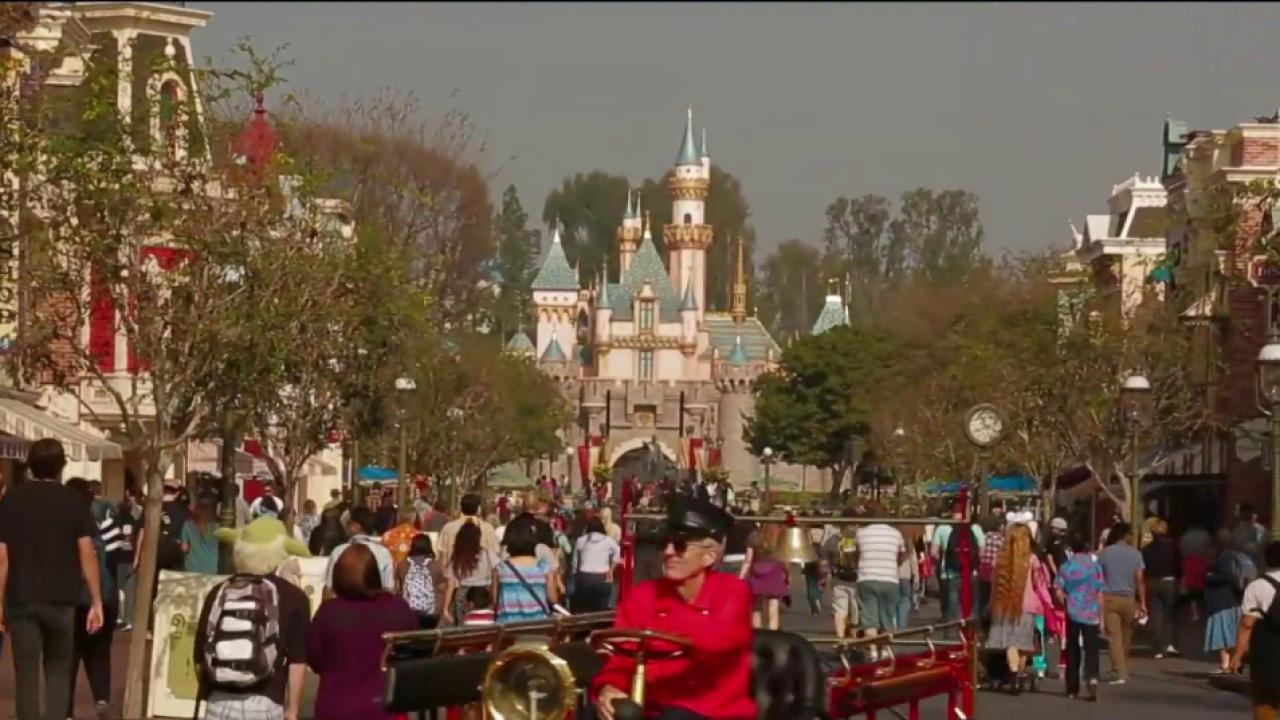 It starts with the blare of an early-morning alarm and a pair of sneakers that can withstand a day of walking. The agenda then might proceed as follows: a quick whip around Space Mountain to get your sea legs, a hair-raising tour of the Haunted Mansion, an aerial view of London from Peter Pan's perspective and a Mickey Mouse-shaped ice cream pop before the parade.

A staggering 148 million visitors frequented Disney theme parks worldwide in 2014, according to the Orlando Sentinel. Orlando's Disney World, aka the Magic Kingdom, was the most-visited theme park that year — attracting 19 million guests alone.

It isn't called the happiest place on earth for nothing, and due to its unreal demand the price of an adult-admission Disneyland ticket has skyrocketed 9,400 percent over the last 60 years — from $1 in 1955 to $95 today — according to CNBC. And tickets to Disney World are even more expensive.

The team at MooseRoots, a genealogy and historical data visualization site that's part of the Graphiq network, wanted to take a closer look at Disney World's price progression. To do this, they used data aggregated from the leading Disney forum AllEars to obtain face-value ticket prices since Disney World's opening in 1971. Next, they used data from the Bureau of Labor Statistics to calculate the inflation-adjusted price of a ticket each year in today's dollars.

Over the 44 years since the Magic Kingdom opened, numerous noteworthy events happened for the Walt Disney Company. Tokyo Disneyland, Disneyland Paris, Hong Kong Disneyland, Disney's California Adventure, and Shanghai Disneyland joined the company's suite of parks. In terms of animation, Walt Disney Pictures entered the Disney Renaissance in 1989 with the release of "The Little Mermaid," which would quickly be followed by "Beauty and the Beast" in 1991, "The Lion King" in 1994, "Pocahontas" in 1995, "The Hunchback of Notre Dame" in 1996, "Hercules" in 1997 and "Mulan" in 1998.

The Walt Disney Company acquired Pixar Animation Studios for $7.4 billion in 2006 and LucasFilms for $4 billion in 2012. It celebrated a revival of its princess story arc with 2009's "The Princess and the Frog," 2010's "Tangled" and 2013's "Frozen," which took childhood delight in Disney animation to new heights.

Most recently, the 2015 release of the much-anticipated "Star Wars: The Force Awakens" continued the Star Wars story arc, with Walt Disney Studios planning to release two more sequels to the storyline that began in 1977 along with a handful of standalone origin stories, including "Star Wars: Rogue One," which has an anticipated release date of Dec. 16, 2016.

Although fluctuating prices can make it harder for families to plan their Disney vacations on a budget — or might make a trip unfeasible all together — thousands of park-goers still manage to flood Disney theme parks for a day spent among favorite characters, rides and company.

More from AOL.com:
From 'Alley Cats' to 'Zenon,' check out the teaser to Disney Channel's upcoming movie marathon!
Judd Apatow to co-direct ESPN '30 for 30' about Doc Gooden, Darryl Strawberry
Zac Efron reveals what it would take for him to go full frontal in a movie