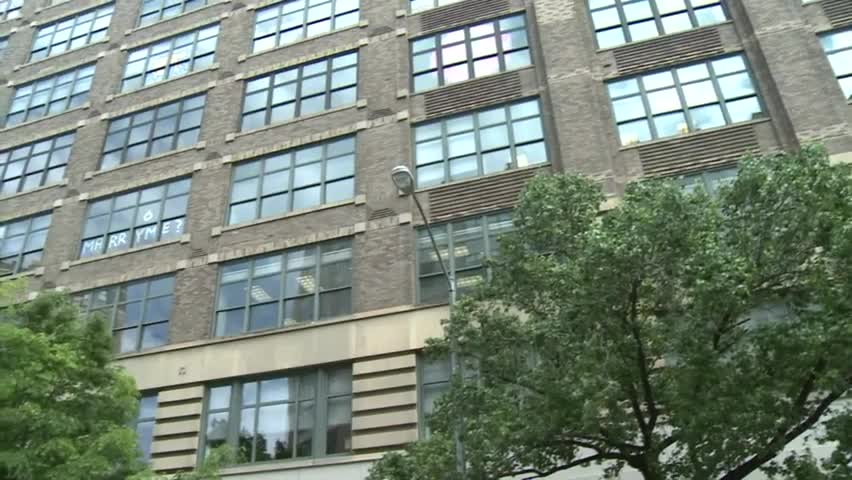 NEW YORK (WPIX) -- When Katy McCarthy and Derrick Edwin noticed a subtle message posted on a window at the building across from where they work along Canal Street, they decided to engage.

"We noticed a guy across the street that posted the word 'hi' in simple, yellow, old-fashioned post-it notes," McCarthy explained. "I have a 14-year-old and I thought what do kids say? What kind of lingo do they use? So [we] wrote 'sup.'"

Little did the creative directors from advertising firm Havas know, they started a war.

In a matter of days, superheroes, video game icons and even a prom-posal took up residence on the windows of both buildings, both which house advertising companies.

See some of the incredible artwork:

Their masterpieces made completely of Post-its notes, each one seemingly trying to out-do the other.

"I think it brings everybody together but I think the reason it does its because its so organic," CEO of Havas Media Colin Kinsella told PIX11 News. "You know you can't really – you couldn't invent this it just happened on its own."

"Its reinforced how good we are with deadlines," Kristina Bostley, editorial director at Biolumina, the pharmaceutical ad agency across the street currently at "war" with Havas.

"We brainstorm and put it all together in a matter of a few hours."

The apparent "war" between Canal's tenants launched a hashtag and even got the attention of Post-it. The company sent reinforcements when the agencies ran low on ammo.

As the so-called Post-It war enters its second week, nearby buildings are jumping on the bandwagon. Unfortunately, it will all soon come to an end.

The property manager which coincidentally operates both buildings on Canal Street are giving workers until May 31 to take down all the Post-its as it violates building code.

Before that happens, the rivaling ad agencies promised to bring "it."

More from AOL.com:
19 ways to slash the cost of staying cool in the summer
Jean-Claude Van Damme's daughter has an insane body
P.K. Subban to hold charity basketball game with Snoop Dogg