Wherever Mariah Carey goes, shade follows! And on Tuesday's episode of Watch What Happens Live, the pop diva did not disappoint.

After showing up late to the live interview -- and demanding to sit in Cohen's chair to make sure the cameras got her good side, Carey was forced to address her quasi-feud with fellow music superstar Jennifer Lopez.

When previously asked about the "Feel the Light" singer, Carey has often shrugged off the question by saying she didn't know Lopez enough to have any opinion about her. However, host Andy Cohen asked Carey what she thought about Lopez saying that the two have in fact crossed paths before.

"Apparently, I'm forgetful because I don't remember the fact that it was just like, 'Hi, I'm so and so.' And then move on," Carey argued. "If I have never had a conversation with you and someone asked me about you, I'd be like, 'I don't know him, but he seems cool.'"

"Does she seem cool?" Cohen asked.

"I don't know her, what am I supposed to say?" Carey replied, without mentioning Lopez's name during the conversation. 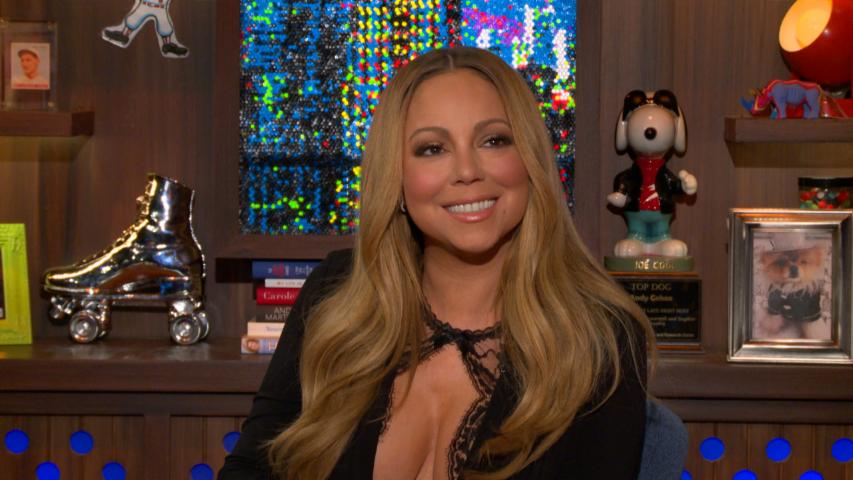 Carey was equally dismissive when it came to Nicki Minaj, whom she starred alongside as a judge on the 12th season of American Idol. The two were involved in one of the most high-profile feuds in the show's history and have famously hated each other since.

After a comically long pause Carey replied, "Can you?"

Carey didn't seem to have any remorse about not appearing on the Idol finale either. When asked about missing the massive TV event, she sarcastically explained, "I was heartbroken that I couldn't be there. I was in misery. No, for real, I was at home crying because I wanted to be there so bad!"

However, Carey wasn't all negative. In fact, she had nothing but praise for Britney Spears -- who she said is, "just a really nice girl" -- and Beyonce, who she couldn't help but gush over at length.

"I love Beyonce. She knows this, most people know that. I'm a fan, I love her and we have fun together, like she's a fun person, she's really cool," Carey said. "I would love to do a collaboration with her."

However, the question is: Would Beyonce be good enough to sing at Carey's future wedding? When the diva was recently asked by ET who she thought was qualified to crooner at her nuptials to fiancé James Packer, Carey said, "F**king nobody." Check out the video below to see more.