January Jones: 'We had a Donald Trump pinata' 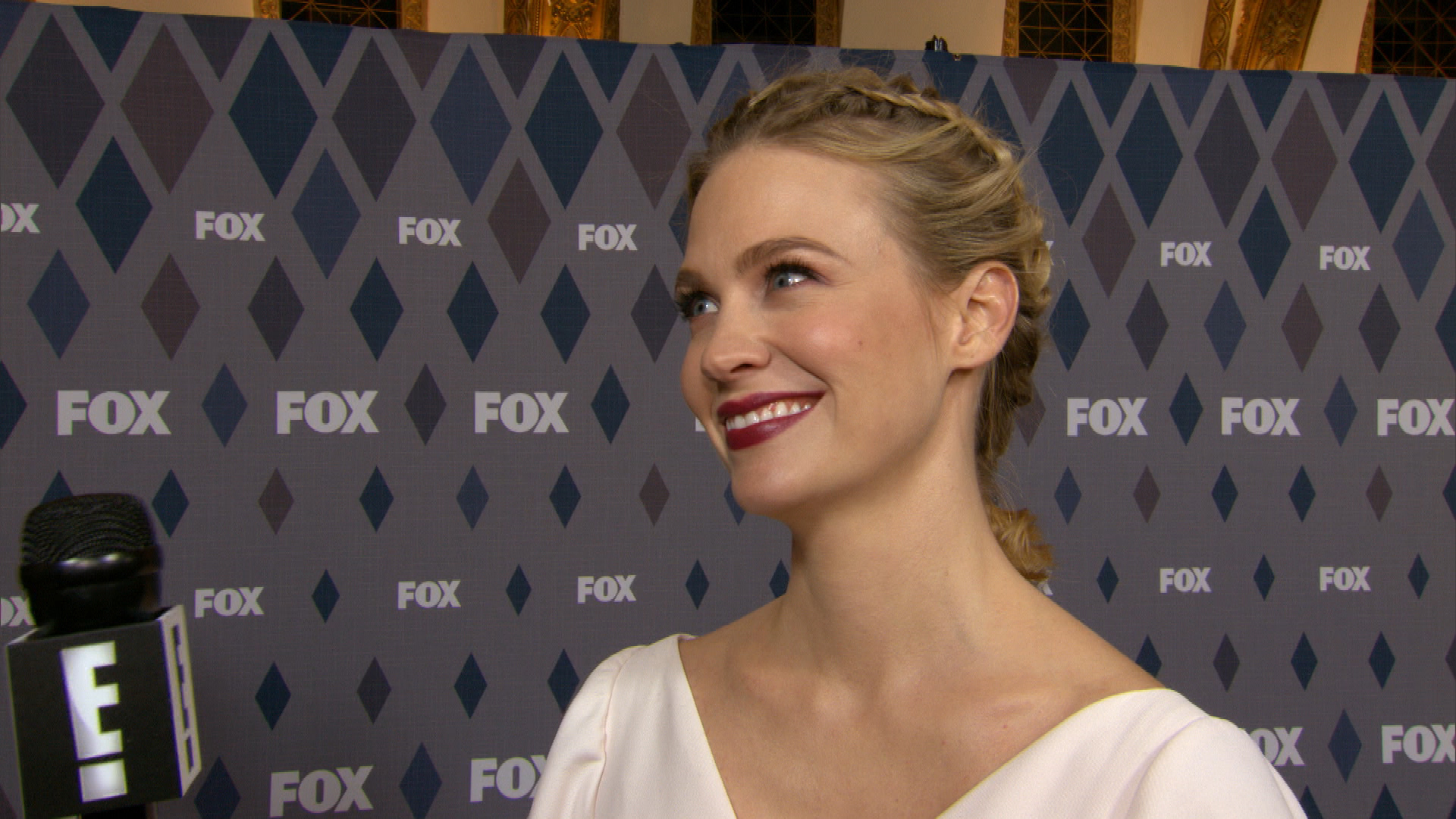 "I do pinatas a lot, but not on Cinco de Mayo," January Jones told Pret-a-Reporter at Bottega Veneta's Rodeo Drive store opening in Beverly Hills on Thursday night, which just so happened to fall on the Mexican holiday. "I really love them and get so into it! I feel like I should have a pinata party once a week."

There were no candy-filled pinatas suspended from the ceiling -- nor taco bowls served -- at Thursday's designer festivities, but the MadMen alum recalled her most recent occasion that included one: "We had a Donald Trump pinata for Easter and put really silly stuff in it," said Jones. The 38-year-old joked that her only regret was not stuffing the GOP frontrunner's effigy with "mini Hillary Clintons -- or little 'I'm with her' buttons." The actress, who uses Instagram often to voice her opinion on political matters (and occasionally to show off photos of herself with the president), unfortunately provided no photographic evidence of herself taking a swing at Trump, but it was likely a sight to behold. Remember Betty Draper angrily firing a BB gun at her neighbor's annoying pigeons? Bull's-eye!

See photos of Donald Trump through the years:

January Jones: 'We had a Donald Trump pinata'

Jones, clad in a Bottega Veneta ensemble, edgy updo and classic lined cat eye, was one of a handful of stars who turned up for the cocktail hour to take in the brightly lit "maison" space -- bleached wood and pristine Italian marble -- and to celebrate the launch of Bottega Veneta's "Beverly" handbag, a style that creative director Tomas Maier reintroduced from the 50-year-old fashion house's 1971 archives. Alison Brie, Maggie Gyllenhaal, Ethan Peck, Minnie Driver and Kate Beckinsale were also present.

For Mother's Day weekend, Jones said she would be traveling with her 4-year-old son, Xander, to visit her own mom. She didn't disclose whether or not they would have a pinata, but if so, might we suggest something extra sparkly inside?

When asked what her dream pinata filling would be, Jones laughed and said, "Diamonds."