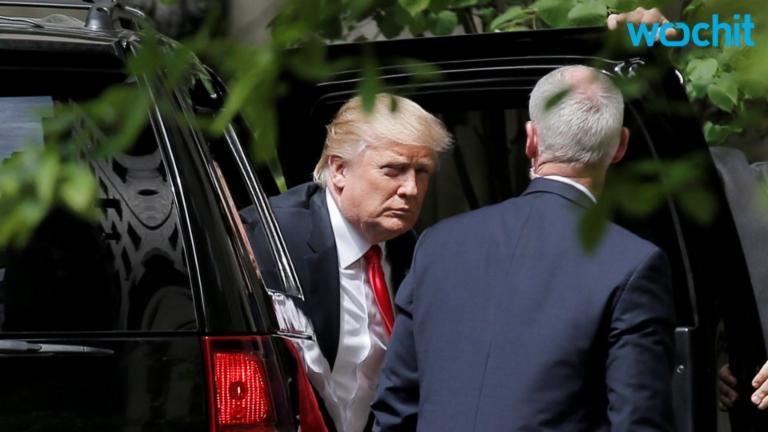 The meeting reportedly took place at Kissinger's home in New York and lasted about an hour. The move is likely an attempt to strengthen Trump's foreign policy agenda. The Washington Post notes Kissinger has "long been the GOP's preeminent elder statesman on world affairs, in particular on the U.S. relationship with China."

Kissinger has been critical of the real-estate mogul in the past. After Trump called for a temporary ban on Muslims from entering the United States Kissinger told FOX Business Network, "If he were the Republican nominee he would urge him not to make such a blanket exclusion."

The face-to-face meeting reportedly comes after multiple phone calls between Trump and the 92-year-old diplomat, who served as secretary of state and national security advisor under both Richard Nixon and Gerald Ford.

See more of Kissinger through the years:

Donald Trump meets with Henry Kissinger on foreign policy
Up Next

Since essentially wrapping up the GOP nomination, Trump has held multiple meetings with Republican leaders in an attempt to unite the party around his candidacy. He reportedly sat down with former Secretary of State James Baker, who served under President George H.W. Bush, while in Washington, D.C., last week.

The tête-à-tête comes a day after Trump suggested another controversial foreign policy move, suggesting he would be willing to speak with North Korean leader Kim Jong Un about nuclear proliferation. That would be a major departure from the White House's current policy towards Pyongyang.

This is not the first time Kissinger has played a major role in the 2016 election. His relationship with Democratic candidate Hillary Clinton came under scrutiny at a debate in New Hampshire in February.

A former secretary of state herself, Clinton claimed, "I was very flattered when Henry Kissinger said I ran the State Department better than anybody had run in a long time."

Her rival, Sen. Bernie Sanders, was critical of the relationship, calling Kissinger "one of the most destructive secretaries of state in the modern history of this country."

More from AOL.com:
Democrats use Trump as bogeyman to get people to vote
Trump willing to speak with Kim Jong Un
Trump: Banning Muslim immigration is 'just a suggestion'