GALT (KTXL) -- Galt police are hoping to find the owner of a German shepherd that was rescued from the median of Highway 99 near Simmerhorn Road over the weekend.

They say the animal, now affectionately named "Freeway Frida," eluded capture among the oleander bushes in that median for more than a month.

The first call about the German shepherd came into the Galt dispatch center on April 10. The caller reported a dog falling or jumping out of a pickup truck in the area, according to police.

"People have been calling the police department reporting that they keep seeing this dog, but every time we're out there, we can never find the dog," said Galt police Officer Sylvia Coelho.

"And with the help and assistance of CHP, who were awesome to assist us, we were able to catch her finally after almost five weeks of being in the median," explained Coelho, who also said the dog was clearly frightened after spending so many weeks next to the busy freeway.

"Once CHP was able to get the snare on her, she fought a little bit, but then she subsided and just laid down, and those big brown eyes were looking up at us like 'please help me,'" she said.

"And just the way that she acted when she came in here, you could tell that she was looking for a home," said Dr. Mike Johnson, medical director at the animal hospital.

She is eating well and gained three pounds between Saturday and Monday. She weighed 44 pounds when she was admitted. Normal weight for her breed is between 65 and 75 pounds, according to the hospital. She is also being treated for a broken leg.

Frida is sweet, domesticated and well trained but was not micro-chipped.

Dr. Johnson estimates her age as about 5 or 6 years old. Anyone with information about who she belongs to is encouraged to contact the Galt Police Department

Her rescuers and veterinarian marvel at how she was able to survive those weeks in the median.

"She found some source of food," Dr. Johnson said. "I don't know whether it was in garbage or whatnot."

"I think because we've had the rain on-and-off, that helped," added Officer Coelho.

"I think she's got a good soul," Johnson said. "Just one of those kinds of dogs."

More from AOL.com:
Harry Styles debuts chopped off new hair on the streets of London
Artificial sweetener could kill your dog
Dog shot 3 times in head, left for dead doing better and up for adoption 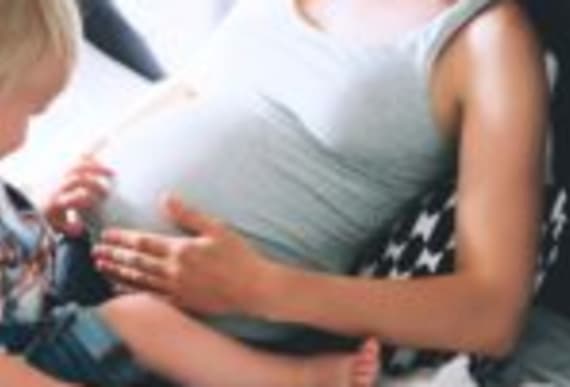