You can't knock her down! 100-year-old sets 100-meter record after taking a fall 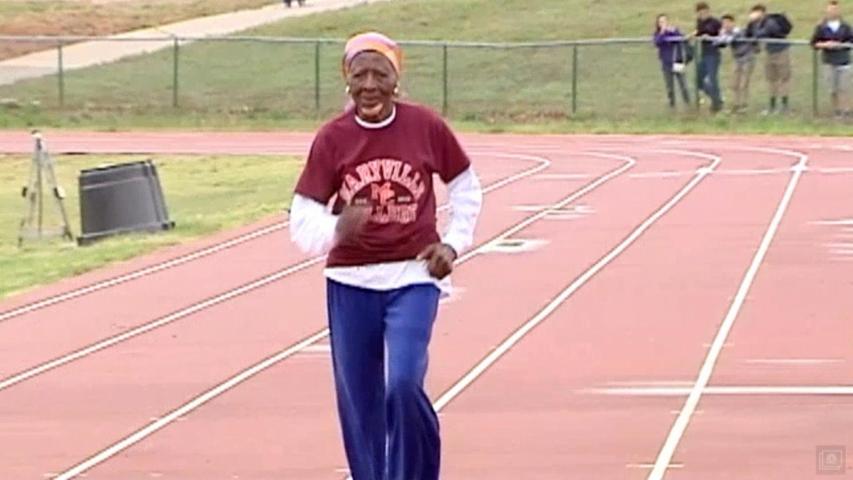 When 100-year-old Ella Mae Colbert fell in her first attempt at a world record in the 100-meter dash on Tuesday, she did what she's always done.

She got right back up and kept striving toward her goal.

After bandaging up her chin from the fall, the retired schoolteacher from South Carolina taught her former students in attendance a lesson in perseverance when she set an unofficial world record for her age on her second try.

You can't knock her down! 100-year-old sets 100-meter record after taking a fall

More from TODAY: 'Love yourself!' Ida Keeling, 100, explains how she set a world running record

"You do not stop,'' Colbert told the crowd, according to NBC affiliate WYFF. "Go ahead. You'll have some trials and you'll have something that gets in your way, but you don't let it get you down. You get up. You go again."

Colbert finished the race in 46.79 seconds, well ahead of the current Guinness World Record of 1:17 set by Ida Keeling, who appeared on TODAY earlier this month. Colbert's family is now submitting her time to Guinness to be verified as the new record.

Many of Colbert's former students as well as current youngsters from Spartanburg County showed up to cheer for her amid the raindrops at Chesnee Middle School on Tuesday. Having celebrated her 100th birthday only days before, Colbert showed them that growing older doesn't mean you still can't accomplish great things.

"Do your best at anything you do, then when you get 100, you'll be beating me then,'' she told the crowd. "But I'm going to hang around to see what you do."