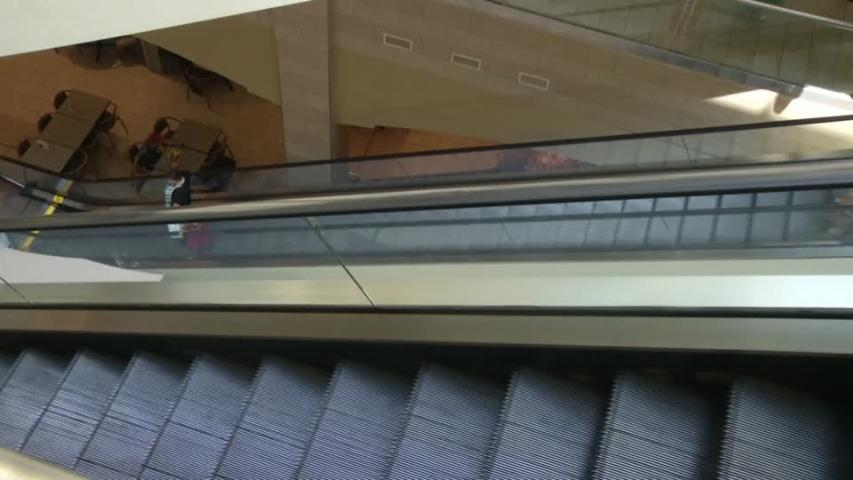 The company recently reported earnings, and comparable sales increased by 7%. The company's growing sales are confirmation that American retail as we know it is undergoing a seismic shift, and that consumers no longer want to shop at full-price department stores.

TJ Maxx is Macy's worst nightmare
TORONTO, ONTARIO, CANADA - 2016/03/08: Sears store entrance, is an American chain of department stores. Known for selling high quality clothing article from shoes to shirts. (Photo by Roberto Machado Noa/LightRocket via Getty Images)
Macy's Inc. signage is displayed at a department store in New York, U.S., on Monday, Feb. 22, 2016. Macy's Inc., the largest U.S. department-store company, is scheduled to report fourth-quarter 2015 earnings before the opening of U.S. financial markets on February 23. Photographer: Michael Nagle/Bloomberg via Getty Images
J.C. Penney Co. signage is displayed outside of a store at the Gateway Shopping Center in the Brooklyn borough of New York, U.S., on Saturday, Aug. 8, 2015. J.C. Penney Co. is scheduled to release earnings figures on Aug. 14. Photographer: Michael Nagle/Bloomberg via Getty Images
UNITED STATES - JUNE 09: Customers enter the Dillards department store at Parkdale Mall, in Beaumont, Texas, Wednesday morning, June 9, 2004. A judge declared a mistrial in a lawsuit brought against Dillard's Inc. by 17 black shoppers in Texas who claimed that security guards at the department store chain harassed them because of their race. (Photo by Scott Eslinger/Bloomberg via Getty Images)
MIAMI, FL - APRIL 19: A Nordstrom sign is seen outside a store on April 19, 2016 in Miami, Florida. Nordstrom on Monday said in a cost-cutting measure they are expecting to lay off 350 to 400 people. (Photo by Joe Raedle/Getty Images)
The sign outside the Kmart store is seen in Broomfield, Colorado November 19, 2009. Sears Holdings Corp posted a narrower-than-expected quarterly loss November 19, 2009, helped by the first increase in same-store sales at its Kmart unit in four years. REUTERS/Rick Wilking (UNITED STATES BUSINESS)
Up Next

"In our view, TJX's appeal is down to three main factors," Neil Saunders, CEO of consulting firm Conlumino, wrote in a note to clients. Here's what those three factors are:

All of this should be incredibly troubling to department stores, particularly as core American stores, like Nordstrom and Macy's suffer and try to salvage sales.

Both Nordstrom and Macy's have been trying to appeal to shoppers with their off-price segments, Rack and Backstage, respectively. (Nordstrom in particular wants to use its Rack store as a gateway to its full-line store).

But Saunders says that TJ Maxx is inhibiting these brands from succeeding at fully developing their off-price business.

"In our view, TJX is one of the reasons that US department stores cannot succeed at the discount game," he wrote. "Although often crowded with stock, its shops are better presented than the full-price sections of some department stores, let alone their discount areas. Moreover, its products are genuine bargains which have been carefully found and selected with the customer in mind – rather than being a mish-mash of unpopular and unwanted apparel lines which constitute the tragic clearance sections of players like Macy's and Sears."

Further, as department stores inadvertently erode their own levels of prestige and luxury by expanding their off-price segments, TJ Maxx is helping to twist the knife, making it even harder for them to succeed.

NOW WATCH: How to save time and money at Trader Joe's
Tags
Read Full Story