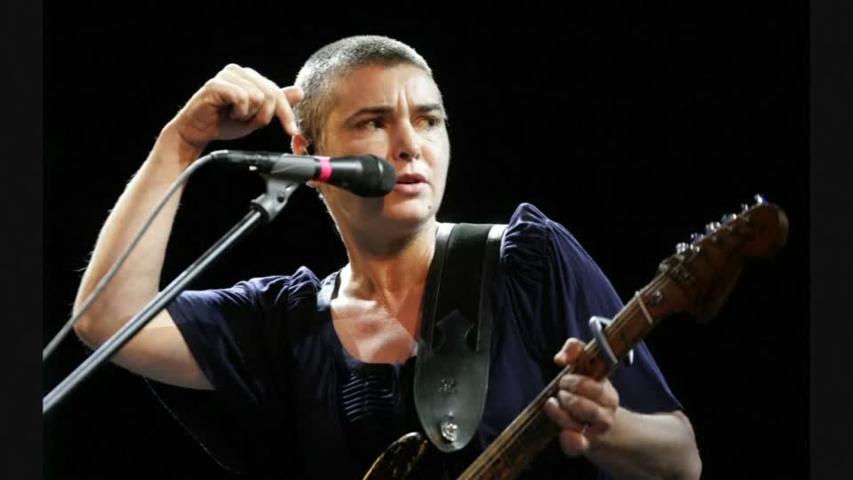 The mystery surrounding Sinead O'Connor's alleged disappearance in a Chicago suburb over the weekend subsided on Monday (May 16) when police in Wilmette, Illinois, said the Irish star had been found safe at a local hotel. But that was just the beginning of the latest dramatic episode in the "Nothing Compares 2 U" singer's tumultuous private life, which was once again put on public display later that day when the 49-year-old posted a scathing letter aimed at her ex-husband and one of her sons on Facebook.

Addressed to first husband John Reynolds, O'Connor wrote, "you tell that evil son of our that a person who suffers from two f---ing medical conditions of which the symptoms include suicidal compulsion isn't being manipulative if while he is being a f---ing chauvinist bully like his grandfather they say they're going to or feel like killing themselves." Musician Reynolds and O'Connor have one son together, Jake. The singer has spoken about her struggles with mental illness and depression on numerous occasions.

See photos of Sinead O'Connor through the years:

In her Facebook diatribe against Jake and ex Reynolds, she alleges they "abandoned" her "for being suicidal." The letter includes several broadsides against Reynolds, with Sinead promising, "I will see you all in court. I want damages. I have been unable to work," she wrote. "I have lost last year's income and this year's. I have had enormous medical expenses, and enormous trauma because of your torturing of me. As I said... We are all going to court and we are gonna have this out in full public for once and for all."

The new letter is the latest in a series of missives aimed at her children over the past few days, including one addressed to son Shane posted on Friday, in which she apologized for her inability to get him out of the care of Ireland's child welfare agency TUSLA. "Baby, I've been trying to get you out of care but Tusla are being monsters," she wrote. "I have to back off because they are hurting me so badly I get unwell again if I go near them." She then encouraged the 12-year-old to find a lawyer to represent him, promising, "I'm waiting for you and will wait as long as I have to."

Rewinding the Charts: 25 Years Ago, 'Nothing' Compared to Sinead O'Connor

On Saturday, O'Connor wrote that she was "heading down south" for several weeks to begin a "piss where you sit" protest in North Carolina, which she followed by a post with an image of Underground Railroad hero Harriet Tubman, including the quote, "There was one of two things I had a right to liberty or death if I could not have one I would have the other."

On Sunday morning, O'Connor addressed a post to son Jake, 28, imploring him to go to court on Tuesday to take custody of Shane.

That same day, O'Connor reportedly left the Wilmette area on a bicycle and could not be found as of Monday morning, at which point an unidentified caller contacted police about her well-being. A music industry source told the Chicago Tribune that O'Connor had been living in Wilmette since late February, performing at a few low-key local shows.

Arsenio Hall recently brought a $5 million defamation lawsuit against O'Connor after she accused him of supplying drugs to Prince. O'Connor said she was "amused" by the lawsuit.

A few hours after Monday's Facebook note, O'Connor posted a link to John Lennon and Yoko Ono's 1972 anthem, "Woman is the N---er of the World."