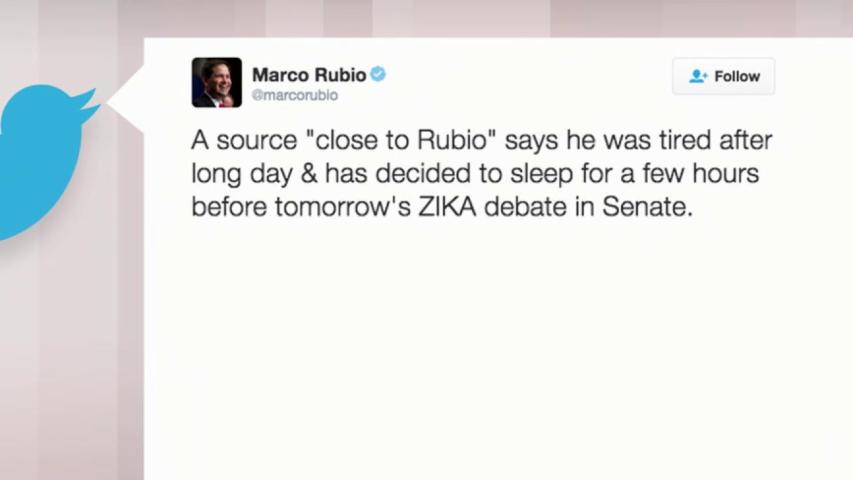 "Funny to read about unnamed "people close" to me who claim to know my thinking on future plans. They just make it up," Rubio wrote, linking to a Washington Post story that indirectly quoted anonymous sources.

He continued: "Unnamed sources 'close to' often just people who want to sound like they are in the know. And reporters desperate for content just accept it."

Rubio also criticized a year-old Washington Post article that quoted a source who claimed the senator "hates" the slow-moving pace of the US Senate.

Though the Florida senator also ruled out a last-minute run for reelection this year, he hinted that his political career isn't finished. Rubio pointed out Monday that he knew of at least one non-public official who has had some success seeking public office.

Marco Rubio goes on late-night tweetstorm to mock reports about his political future
I have only said like 10000 times I will be a private citizen in January.
As for future in politics, well it's nearly impossible for someone not in office to ever become a successful candidate for President.Right?
A source "close to Rubio" says he was tired after long day & has decided to sleep for a few hours before tomorrow's ZIKA debate in Senate.
A "longtime friend" says Rubio is "betwixt and between when it comes to whether to chest or legs tomorrow at gym."
According to source who knows his cousins, wife's dentist, Rubio could do cardio instead.
Up Next

NOW WATCH: This 60-second animation shows how divided Congress has become over the last 60 years

SEE ALSO: Some of the GOP's most vulnerable candidates are doing verbal gymnastics to avoid Donald Trump