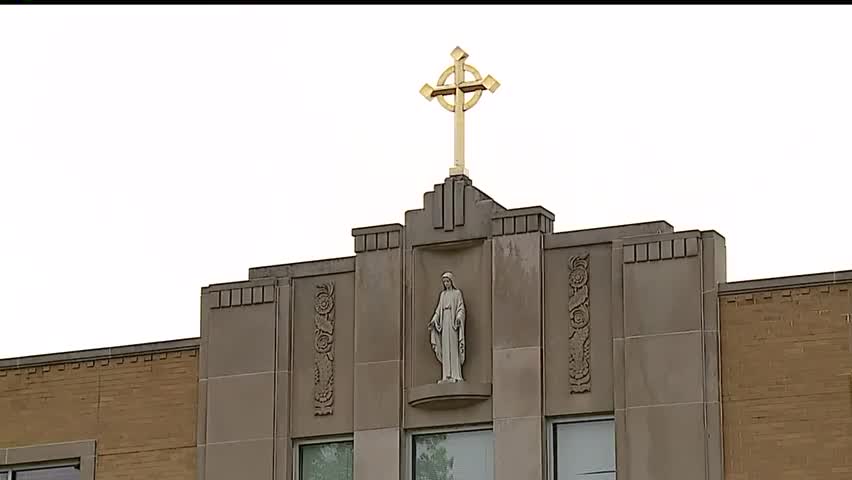 INDIANAPOLIS, Ind. (WXIN) -- The principal of a local high school is apologizing for a photo that surfaced on social media, in which several students are doing a Nazi salute.

The photo, posted to Twitter on Friday, shows a Cathedral High School German class, along with their teacher.

"These are students that have been taking German for four years," Principal Dave Worland said.

Worland says the senior students took the photo to celebrate their time together. They were supposed to do a gesture from a movie called "The Wave," which delves into the dangers of dictatorships. Instead, the students on the edges of the photo did the salute.

"Unfortunately some of the students chose not to do that, they did the salute which was inappropriate and was unacceptable," Worland said.

Worland says the students and their parents will be required to attend a meeting and day-long sensitivity training with the school's director of diversity. He also says other possible discipline could be leveled. Cathedral's seniors will graduate on Sunday.

"I think the key to it is correcting it, recognizing it when we make a mistake. Whether it's a student, an adult, myself, whoever, we need to own up to those things. ... From my seat as the Principal, I would reach out personally and apologize to (everyone in the community) that that's not who we are, that's not in our mission, that's not how we operate," Worland said.

"The Jewish Community Relations Council, which is the Jewish community's interfaith and intergroup relations arm, is shocked by the Nazi salute displayed by a Cathedral High School class and their teacher.

The Nazi salute is offensive and is an immediate symbol of hate and intolerance. Acts like this cannot be taken lightly or dismissed; which is why we appreciate the swift reaction of school administrators to denounce and address this incident in a serious manner.

We have reached out to school officials as well as to the Catholic Diocese, and look forward to being a resource as they work to help the entire student body understand the significance and danger of displays of this nature, as well as to help maintain a respectful school climate."

More from AOL.com:
University of Washington students erected an 8-foot 'Trump wall' and had to tear it down when a Mexican student climbed over it
Teachers say elementary school students are sending them to the hospital with injuries
Obama administration tells schools to give transgender students bathroom rights