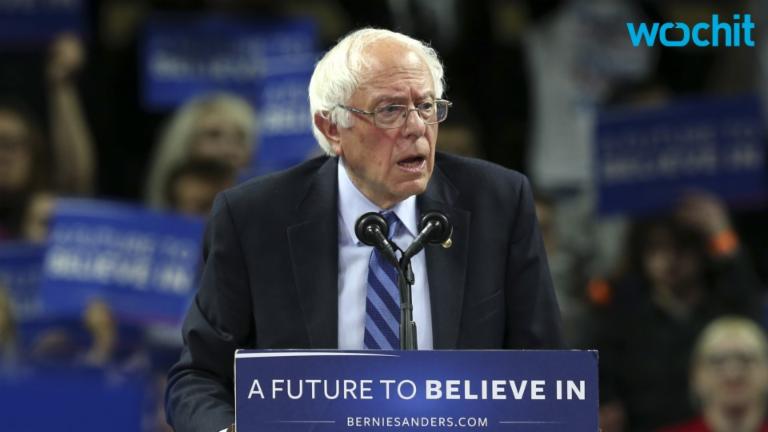 Sen. Bernie Sanders is not backing down from his fight with the Democratic Party in Nevada.

On Saturday, tension at the Nevada Democratic Party's state convention boiled over after a debate over the delegate-appointment rules disqualified many Sanders supporters from serving as delegates to the Democratic National Convention in July.

Sanders supporters, hoping to send the same number of delegates to the convention as Clinton, reportedly threw chairs, clashed with supporters of former Secretary of State Hillary Clinton, and revealed the home address and phone number of Nevada Democratic Party Chair Roberta Lange.

See photos and footage of the chaos:

In a statement Tuesday, Sanders stood behind his supporters in Nevada, accusing the state party of intentionally rigging the process in favor of Clinton, who won the state's caucuses earlier this year.

"If the Democratic Party is to be successful in November, it is imperative that all state parties treat our campaign supporters with fairness and the respect that they have earned," Sanders said.

He continued: "Unfortunately, that was not the case at the Nevada convention. At that convention the Democratic leadership used its power to prevent a fair and transparent process from taking place."

The campaign specifically singled out the state party's leadership for filing a formal complaint against Sanders.

"Within the last few days there have been a number of criticisms made against my campaign organization. Party leaders in Nevada, for example, claim that the Sanders campaign has a 'penchant for violence.' That is nonsense," Sanders said.

"Our campaign of course believes in non-violent change and it goes without saying that I condemn any and all forms of violence, including the personal harassment of individuals," Sanders said in the statement.

The Huffington Post and other outlets uploaded screenshots and voicemails of Sanders supporters threatening the state chair with violence and using sexist slurs against her.

"You stupid a-- b----. We're coming for your a--," one text reads, according to the Huffington Post. "Your number is going viral and your actions are being watched everywhere. You are an a------."

The Sanders' campaign did not immediately respond to Business Insider's further request for comment.

Before leaving Puerto Rico on Tuesday, the senator abruptly ended a rope-line interview when a reporter began asking about the Nevada dispute.

Earlier on Tuesday, Senate Minority Leader Harry Reid told reporters that he spoke at length with Sanders, who Reid said would condemn the violence.

"He said that he condemns that, I am confident that he does," Reid said of the protesters.

This post has been updated to reflect the Sanders' campaign's full statement condemning violence.

NOW WATCH: Scientists have linked the deaths of three US presidents to the same surprising cause

SEE ALSO: Some of the GOP's most vulnerable candidates are doing verbal gymnastics to avoid Donald Trump