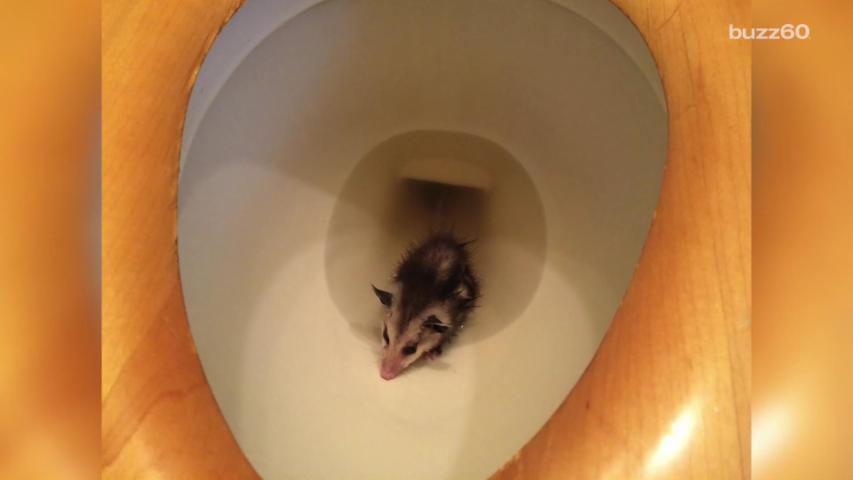 A California resident made a terrifying discovery earlier this month when she found a baby opossum swimming in her toilet bowl, according to NBC.

The woman immediately alerted San Diego County Animal Services that she was going to need some assistance, and maybe a brief explanation as to how the tiny critter got into such a predicament in the first place.

Thankfully, animal control officers said in a Facebook post that they don't believe the opossum came into the toilet through the pipes.

"How about a baby opossum in the toilet?" their post began. "On May 1st, a woman in Pacific Beach found this little critter in her toilet and had no idea how it got there. Animal Control Officer Carlos Wallis responded and rescued the youngster and transported it to Project Wildlife."

"Not to worry, we don't think this one came up through the plumbing," they continued, to the tune of relieved sighs across the country. "After finding a second opossum in her home, the resident found a broken window where they likely gained access."

According to the post, which has been shared 18 times, the baby opossum is doing well and is currently recovering at Project Wildlife.

He will reportedly be released back into the wild once he's old enough to survive on his own -- though it hasn't been speculated how he'll fare without indoor plumbing.

Check out more animals hiding in places they're definitely not supposed to be:

More from AOL.com:
Shop these videos: This quirky jar creates a customized fashion accessory
Your old iPod Classic is worth serious cash on eBay today
The best selling products on Amazon