Tiger Woods tried to hit some golf balls in public for the first time in months, and it did not go well 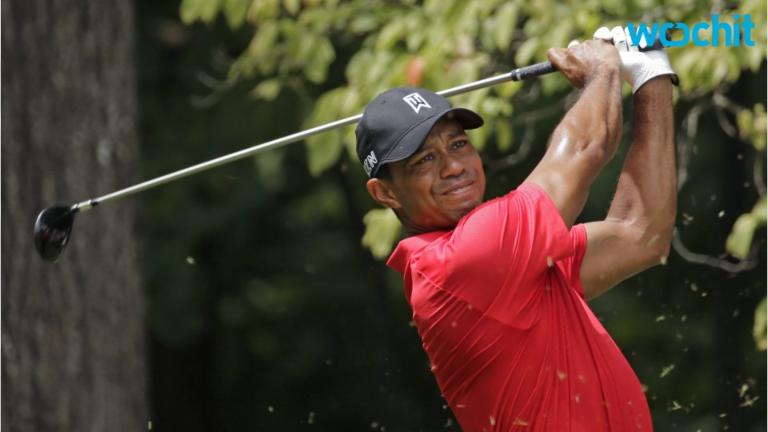 Tiger Woods made an appearance at Congressional on Monday in the lead-up to this weekend's Quicken Loans National, which he hosts every year on behalf of his foundation.

With members of the media watching closely at a forward tee on the par-3 10th, Woods — hitting his first real shots for the public in months — dumped three consecutive ceremonial shots into the pond.

SEE MORE: You have to see this 11-year-old sink a hole-in-one

Woods hasn't played a competitive tournament since August, and has given the public few glimpses into what his swing looks like in the aftermath of multiple back surgeries. He did hit a few balls at a youth golf clinic in April, and on Monday said his game is "progressing nicely."

In a short press conference, Woods expressed his eagerness to return to golf, though he still does not know when exactly that return will happen. 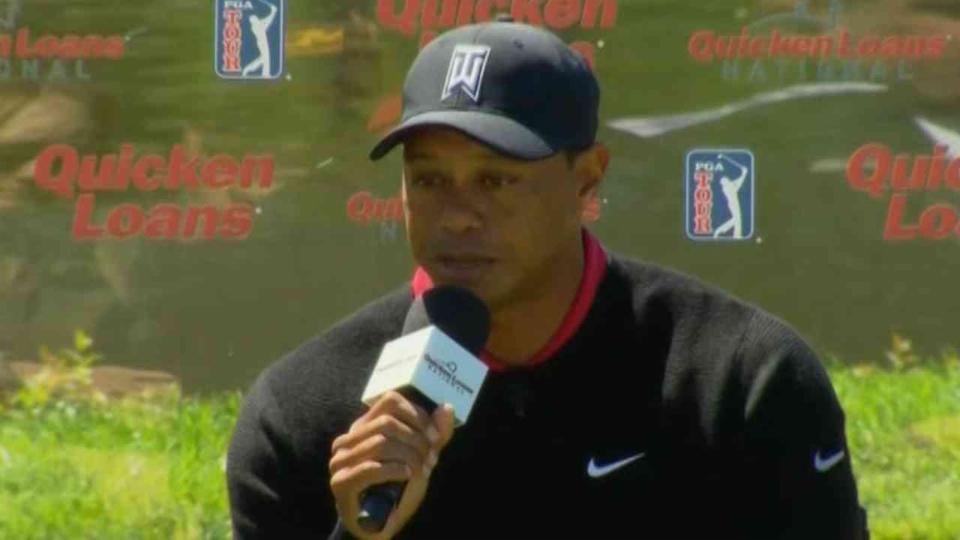 "People have written me off, I'm not that part, you know, I'm not fertilizer," he said. "I'm getting better, just give it a little time. I'm looking forward to getting out here and competing."

"I'm hoping to play. I don't know when — that's the overriding question I keep hearing," headded. "If I knew, I would tell you. It would be fun to know. But I don't know."

SEE MORE: Miami Heat superstar may be forced to retire

Woods also said that the most important thing for him going forward will be an improved consistency:

"Everything about my game is coming around. Now it's just a matter of being consistent with it. And then being able to do that not only at home against the boys at [Woods' home course] Medalist and trying to take their cash, but trying to come out here and doing it against the best players in the world is a completely different deal."

TIGER WOODS THROUGH THE YEARS:

Tiger Woods tried to hit some golf balls in public for the first time in months, and it did not go well
Up Next