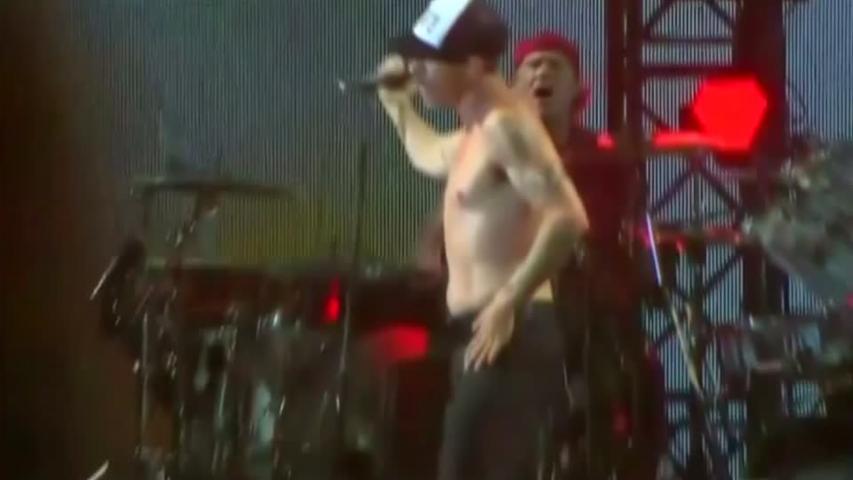 Red Hot Chili Pepper's frontman, Anthony Kiedis, was rushed to the hospital on Saturday ahead of the band's headlining spot on KROQ's Weenie Roast Festival in Irvine, California.

The 53-year-old singer was reportedly rushed to the hospital with severe stomach pains, according to Billboard. KROQ, a local rock station in Los Angeles, let fans know about the cancellation.

Unfortunately due to illness the @ChiliPeppers were forced to cancel their set tonight at #WeenieRoast. More details to come.

Kiedis' bandmate, Flea, took to the stage to apologize to the crowd of 16,000, where Weezer ended up closing the festival in lieu of RHCP.

"Anthony is on the way to the hospital right now, and we're unable to play this evening," the bassist could be heard telling the crowd in a fan video posted to Instagram. "We are devastated about it. We're really sad. We love you so much. We live to rock."

"We live to f**king dig deep into the depths of our hearts and rock," he added, "but unfortunately, there's a medical thing that happened, and he needed to deal with it."

Drummer Chad Smith later took to Twitter to address fans as well. "NO one's more disappointed than us that we couldn't perform tonight," he wrote. "Sending love and a speedy recovery to my brother Anthony."

NO one's more disappointed than us that we couldn't perform tonight. Sending love and a speedy recovery to my brother Anthony.

ET has reached out to RHCP's reps for comment. The story is developing.