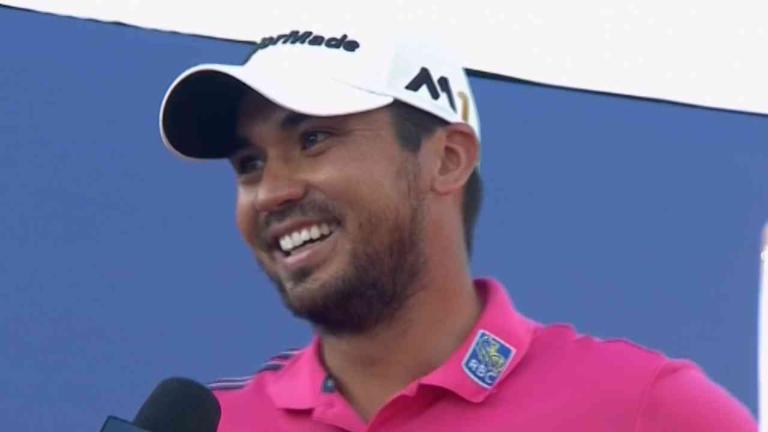 World number one Jason Day drew comparisons with Tiger Woods after an emphatic four-stroke victory at the $10.5 million Players Championship in Florida on Sunday.

Day was never seriously tested in the final round en route to his seventh victory in his past 17 starts, a hot streak that few other than Woods can boast in the modern era.

He began the day with a four-shot cushion, and never led by less than two strokes despite some wayward tee shots at the TPC Sawgrass Stadium Course in Ponte Vedra Beach.

He displayed a stellar putting touch to card 71 and finish at 15-under-par 273.

American Kevin Chappell (69) birdied two of the final three holes to claim the runner-up spot on 11-under.

Scott on Sunday called Day's recent run "Tiger-esque", and Day spoke of his friendship with the 14-times major champion.

"It's been an amazing journey for me to idolize him (Woods) as a junior growing up and now I'm good mates with him and get to pick his brain about what he did when he was dominating," Day told reporters.

32 GOLF COURSES YOU NEED TO PLAY IN YOUR LIFETIME:

"It's great to be (mentioned) in the same sentence as Tiger. I've never been more motivated to be number one in the world. All the hard work I've put in is paying off.

"It's very stressful being the number one. You're in the limelight a lot but I wouldn't change it in any way because this is where I want to be. Nothing beats this feeling."

And, Day joked, he has to keep pushing himself so he can compete with Woods when the 40-year-old eventually returns from back surgery.

"Tiger says he's going to kick my butt when he comes back. I've got to watch my behind."

Among players currently aged less than 30, only Rory McIlroy (11) has more PGA Tour victories than Day (10).

Day also said he felt slighted ahead of the tournament when Golf Channel analysts downplayed his chances.

"They said I really didn't play well around this course. It's true (but those comments) gave me a bit of extra motivation, seeing that on TV, being the number one player on the world and not being one of the guys to look at to win the tournament.

"I just had to get in there and want it more than anyone else."

Less than a year ago, Day had only three PGA Tour victories and was becoming increasingly frustrated by a series of near-misses at major championships.

Since then he has broken his major duck with a victory at the PGA Championship in August, and with his latest win enhances his status as the best player in the world, with a powerful long game backed up by a deft short game and a silky putting touch.

More from AOL.com:
Tiger Woods' exes hung out at 2016 Kentucky Derby
The 20 most famous athletes in the world
Putin prevails in Sochi all-star ice hockey game