Colombian national police confiscated 8 metric tons of cocaine along the border with Panama, the government said on Sunday, in what may be one of the largest seizures in the country in recent years.

The haul, with an estimated value of $240 million, was discovered in an underground hideaway on a banana plantation in the municipality of Turbo in Antioquia department, officials said. 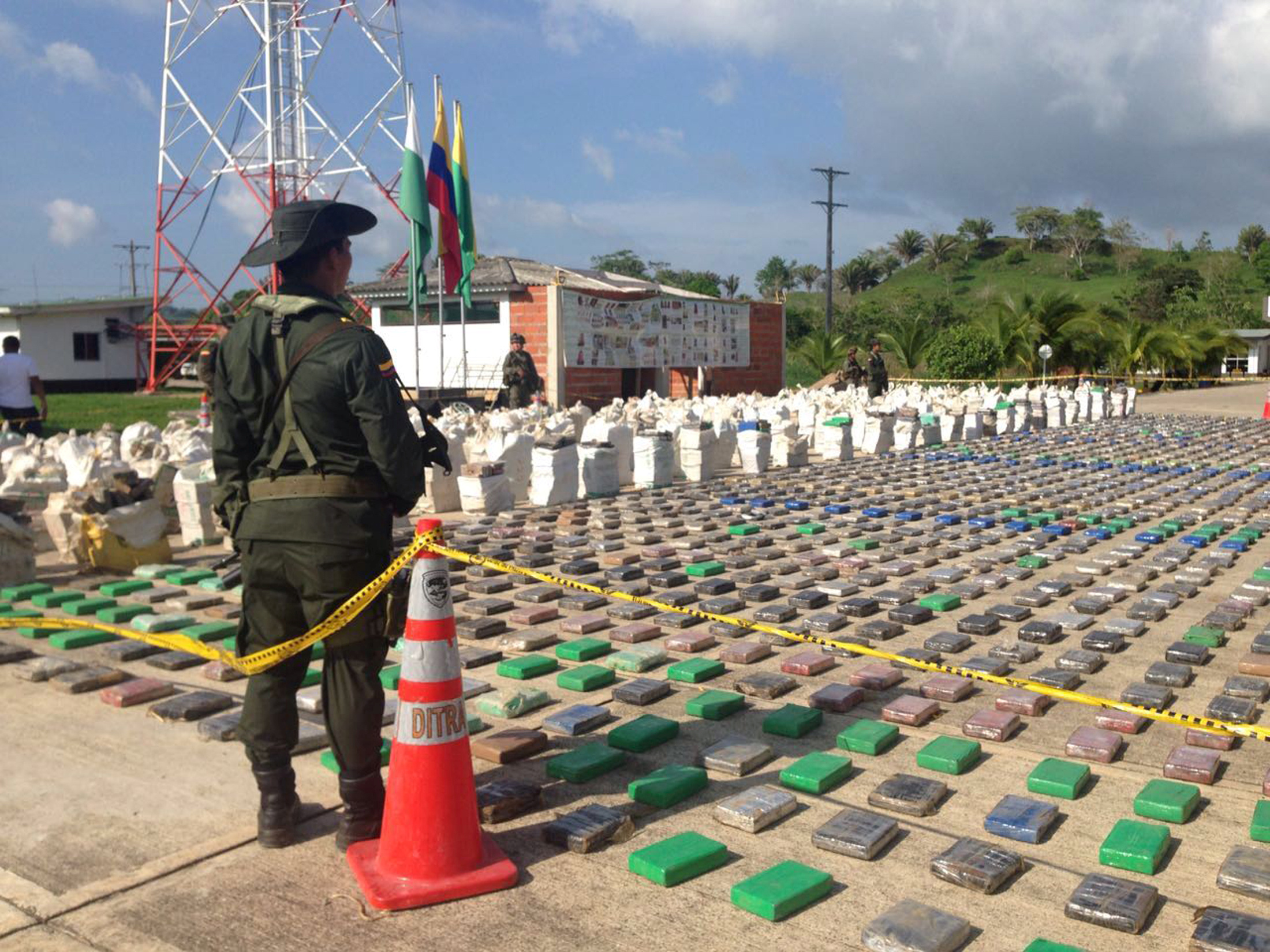 "The biggest seizure of drugs in history. A hit against criminals," Colombian President Juan Manuel Santos said on Twitter.

Three people were arrested in the operation.

Defense Minister Luis Carlos Villegas said the drugs belonged to the Clan Usuga crime gang. The United States has offered a $5 million reward for the capture of the gang's leader.

Colombia produces some 442 tonnes of cocaine annually, according to the United Nations. Colombian authorities seized 252 tonnes of the narcotic in 2015.

More from AOL.com:
Skydivers play insane game of Quidditch in mid-air
Venezuela enters state of emergency as its economy melts down
RECAP: The big Republican debate