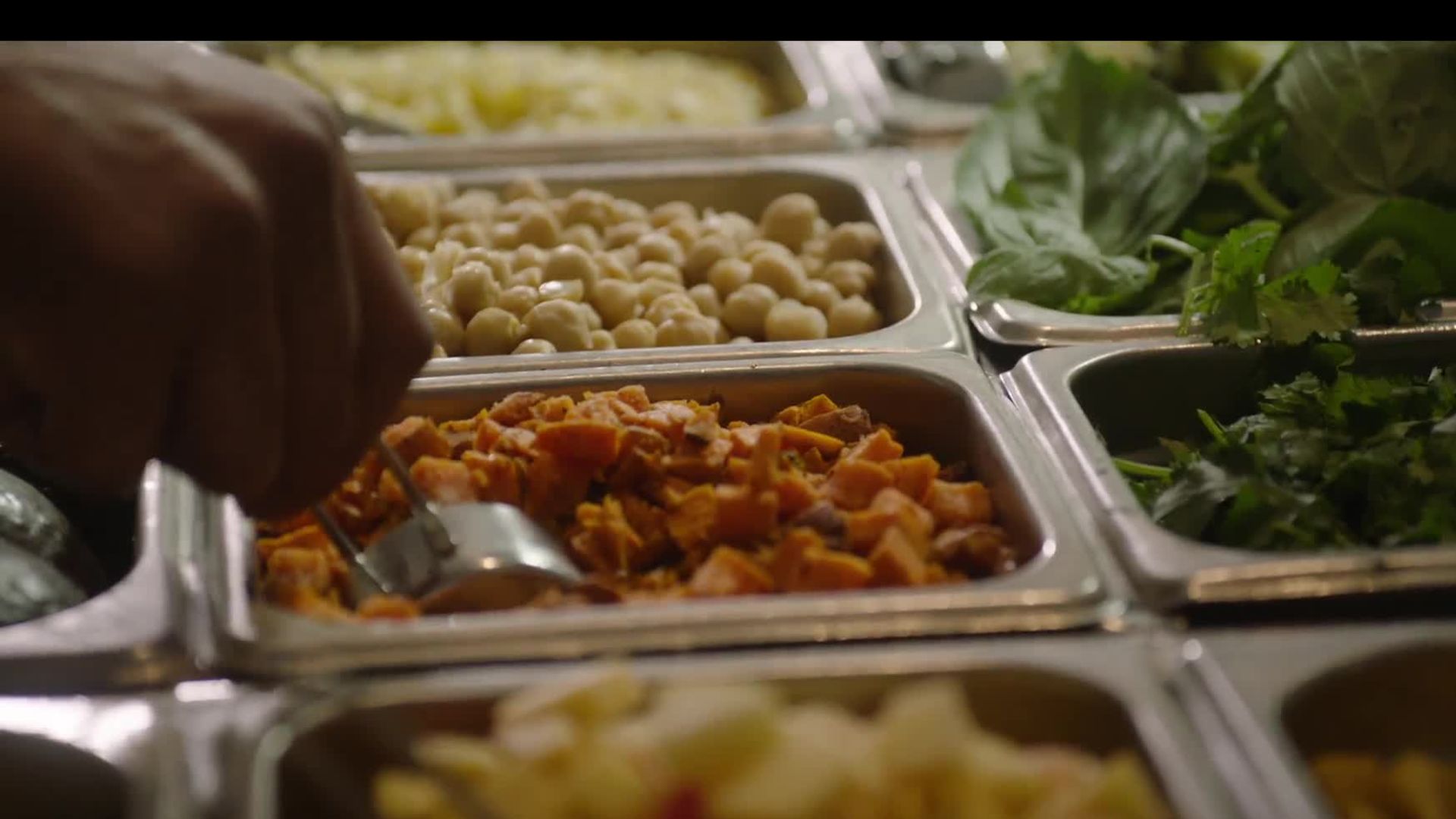 Certain brands — like Apple, SoulCycle, and Harley-Davidson — are known for their cult-like followings.

Now, you can add another name the the list: Sweetgreen.

Walk by one of Sweetgreen's 43 locations in cities including New York and Boston, and you'll likely see a line extending out the door.

Customers waiting up to 30 minutes for a $10 salad offer explanations like "I'm vegan," "it's fresh," and "other places annoy me." But to win loyalty like that, brands have to offer customers more than a salad. They need to offer them an ideology that keeps people feeling like they're part of a community.

The defining elements of a cult brand — ideology and community — are found throughout Sweetgreen's marketing, from the design of stores all the way to an annual music festival being held this weekend. The genius of these brands is in their ability turn squishy slogans like "keeping it real" into salad sales — and the music festival, called Sweetlife, helps illustrate how that happens.

In practical terms, what these actually mean is that all of Sweetgreen's products are organic, and many are local, with each shop posting constantly changing information about local seasonal offerings. Also in line with the "keeping it real" concept, the store design seeks "to preserve and expose the natural structure of a building, no matter the cost," according to the company's website.

These trendy aphorisms don't appeal to everyone — but that's part of the point.

"You want the people who love you and that means you have to be discriminating," Douglas Atkin, a former executive at MeetUp.com who has written a book called "The Culting of Brands," told my colleague Mallory Schlossberg last year. "You have to put a steak in the ground 'we stand for this and not for that.'"

It's has worked for enough people, though. Since Sweetgreen was founded in Washington, DC in 2007, the salad chain has swiftly grown, raising millions from investors and receiving glowing reviews from publications including the New York Times and the New Yorker. The closely-held company doesn't report sales figures, and it says that research firm Technomic's estimate – of 2014 sales of $39 million – is wrong, but won't say by how much.

Perhaps the the crown jewel in the company's mission to feel like more than just a salad chain is Sweetlife, a music festival taking place this weekend, featuring artists like Halsey, Blondie, and Grimes.

The salad chain started the festival in 2010, as the story goes, outside one of its stores.

"Foot traffic at our second store was slow, and we started playing music on the sidewalk to get attention so we could have people try our food," cofounder and co-CEO Nathaniel Ru told Business Insider. "But we didn't just get attention, we started getting to know our neighbors, we learned about the community, we shared our story and we sampled our food."

The musical acts at Sweetlife attract concert-goers who aren't even customers. But of course it does help sell salad: the company gives free tickets to its most loyal customers, who achieve "black status" by buying the equivalent of a salad every day.

The company's loyalty plan starts at "green status," earned by spending more than $100 at the chain in a calendar year. While Sweetgreen-loving customers told Business Insider that to only reach green status is basically a failure in salad consumption, entry to the first tier of the community does allow for a free birthday salad and the donation of 1% of every purchase to Sweetgreen in Schools, the company's program that aims to educate children in school about wellness and nutrition.

More desirable is "gold status," which requires spending $1,000 in a year at the chain. Entry to the semi-elite group allows access to invite-only Sweetgreen activities, and a promise of Sweetgreen "swag" — likely hats, if social media is any indication.

Then there's "black status." To gain entry into this legendary tier, customers must spend $2,500 at Sweetgreen in a year. That's the equivalent of spending almost $7 at the chain every day of the entire year.

"At this point, you're essentially family to us," the Sweetgreen website states. "We know you by name + salad and may have even met your parents."

Black status members get free tickets to Sweetlife, and also gain access to a VIP-line, and a Sweetgreen concierge. They also get a a 10-person party in their local Sweetgreen location.

The rewards program as a way to incentivize people to live the Sweetgreen lifestyle. The company won't reveal how many customers have reached each status, but says it is a "healthy amount."

"Sweetgreen rewards was developed in line with the values of the company, to incorporate your passion and purpose," says Ru. "We wanted to integrate lifestyle into a loyalty program to further connect with our customers and help them connect to their community and values, a.k.a. live the sweetlife."

Obviously, most Sweetgreen members have not, and will not, achieve black or gold status. However, the existence of these elite statuses and the promise any customer can reach them (conveniently tracking their progress via app), helps build a loyal dedication to a cult brand.

From store design to music festivals, everything Sweetgreen does is rooted in its core values. As customers ascribe to these values, ordering at Sweetgreen or going to Sweetlife signals something more than a lunchtime craving, but instead a wider dedication to sustainability, connection, and "keeping it real." It's something that the typical salad chain can't copy, and something that keeps bringing customers back for more, even if it does mean waiting in long, long lines for a bowl of kale.

NOW WATCH: Here's why people wait in such long lines to buy salad at Sweetgreen

RELATED: The worst salad toppings for you

9 PHOTOS
The worst salad toppings for you
See Gallery

Corn and Other Starchy Veggies

SEE ALSO: SoulCycle and Harley Davidson will always have this in common