Want to avoid the summer's worst road rage? Don't drive at this time 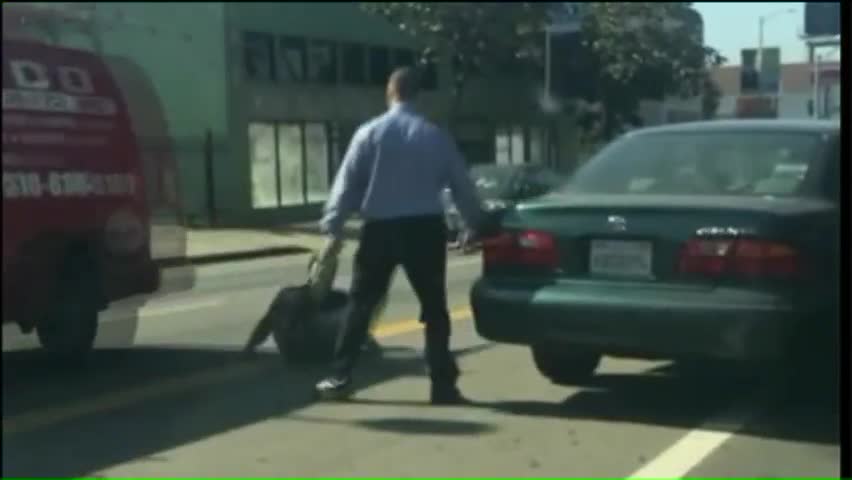 When driving in an unfamiliar city, it can be easy to find yourself in the wrong lane, slowing down to read signs, or making a turn at the last minute. Exactly the kind of behavior that can incite road rage for local commuters. A new study based on social media posts using the hashtag #RoadRage pinpoints the worst day, time, and place for road rage in America -- and may help drivers avoid a violent encounter.

"According to data from the National Highway Transportation Safety Administration, the number of fatal accidents caused by road rage or aggressive driving has risen dramatically since 2004," said Justin Loera, senior insurance market analyst at Auto Insurance Center. "The purpose of our study was to take a closer look at commuter frustrations. Social media has given motorists new ways to vent their driving-related frustrations -- a much better option than expressing anger while behind the wheel."

See photos of a road rage incident caught on camera

Want to avoid the summer's worst road rage? Don't drive at this time
A North Carolina woman was arrested on Monday following a road rage incident that happened on Saturday.
Up Next

Ever since the phrase "road rage" was coined in 1987, physical assaults resulting from traffic-related incidents have frequently made headline news. Last month, a 39-year-old Minneapolis woman was shot four times after she honked at a Jeep that cut her off. In November, a New Mexico man opened fire on another driver who had criticized his unsafe driving, killing the other driver's four-year-old daughter. In January, two drivers in Austin, Texas, beat each other in the middle of an interstate highway.

"Based on the average number of #RoadRage posts, August is the worst month for furious drivers," said Loera, citing holiday traffic and summer alcohol consumption as "the perfect storm for frustration on the road."

Posts about road rage generally spike at 6 pm on Fridays, the study said, indicating "a clear correlation between commuter-filled roads and incidents of anger as harried commuters fight traffic to make it home."

As for the road rage capital of America? No shock there: It's Los Angeles, home to the nation's worst congestion, with the average driver spending 81 hours a year sitting in traffic. California is also the only state where road rage is classed as a felony assault, punishable by up to four years in prison and a $10,000 fine.

"Smile and let someone move into your lane," recommends the Los Angeles Police Department on its crime prevention blog. "You'd be surprised at the power positive actions can have, because you're an important link in any chain reaction of driving events which can occur around you."

Auto Insurance Center created a word cloud based on commonly mentioned phrases in the road rage Instagram posts it studied. Unsurprisingly, most are profanities, though "truck" and "jerk" and "why" also feature prominently.

So what's behind all the road rage?

"Narcissistic pride," former San Diego police sergeant and threat assessment expert Dr. Steve Albrecht told NBC News in an email. "It's a need for control, to dominate someone else and their un-shareable space. It's male genital one-upmanship."

Some people who may be mild-mannered in regular daily life morph into seething maniacs behind the wheel, said Albrecht.

"Traffic, weather, delays, wanting or having to multitask in our cars -- seemingly normal people lose their tempers and take it out on strangers," he said.

"We need to teach patience and breathing control to people when they first get their driver's licenses, plus enforce the laws and lock people up who are overly aggressive behind the wheel, since it can have fatal or life-changing consequences," said Albrecht.

If that doesn't help you keep your cool behind the wheel, perhaps this will: If you are convicted of road rage, not only may you lose your license (and any hope of decently priced insurance), but your insurance company won't foot the bill for any damages stemming from the incident.

That means any car or property repairs, hospital bills, or lost income for the victim or victims may all be your responsibility -- plus legal fees.