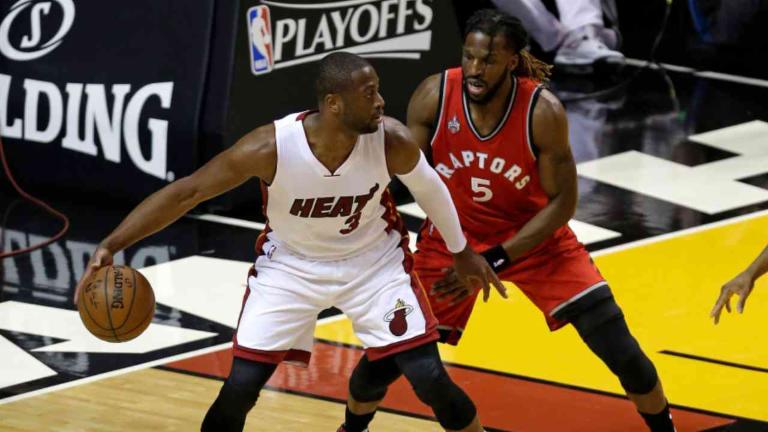 Dragic, who scored 20 or more points for the fourth time in the past seven playoff games, helped tie the Eastern Conference semifinal series, 3-3. He made 12-of-21 shots -- including six layups and two 3-pointers -- in a versatile effort.

The Raptors, who also set a franchise record with 56 regular-season wins, host the Heat on Sunday in the deciding game of the best-of-seven series.

LeBron James and the Cleveland Cavaliers await the winner of Sunday's game.

If Toronto wins, the Raptors advance to the Eastern Conference Finals for the first time in the franchise's 20-year history.

A Miami victory would give the Heat a matchup against James, who helped the franchise win two NBA titles in four years before bolting back to Cleveland in 2014.

Miami had a 21-20 lead after a first quarter in which neither team shot better than 40 percent.

Dragic took over in the second quarter, making 6-of-7 shots from the floor, including four layups, one short jumper and a 3-pointer. He also made a free throw and had 14 points in the quarter, helping Miami take a 53-44 lead at the break.

Lowry got hot in the third quarter, scoring 12 points. But Miami still managed to extend its lead slightly to 82-72. Dragic had nine points in the quarter.

RANKING THE BEST PLAYERS OF ALL TIME: